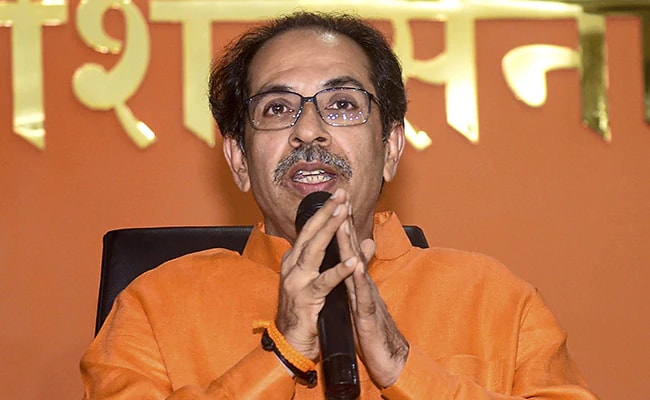 Shiv Sena chief Uddhav Thackeray met with Congress leader Ahmed Patel last night as the two ideologically contrasting parties explored ways of getting together to form a government in Maharashtra, hours after President’s Rule was imposed in the state.

The meeting took place after almost simultaneous press briefings by the Congress and Nationalist Congress Party (NCP) of Sharad Pawar, and the Shiv Sena.

“We will find a way to work together despite our differing ideologies,” Uddhav Thackeray told reporters at Madh Island, where Sena MLAs have been sequestered away from what the party alleges are “poaching” attempts by the BJP.

On dumping long-time ally BJP over his demand for rotational chief ministership, Mr Thackeray said: “BJP-Shiv Sena were together for many years….Yes, the Ram Mandir brought us together, but Lord Ram kept his promises. Now politics is headed in another direction. Give this process time.”

The Shiv Sena was ready to stake claim to power on Monday evening but for a last-minute pull-back by the Congress, which said it needed more discussions with the NCP.

Sources say the Congress was about to send its letter of support to the Sena, after Uddhav Thackeray’s phone conversation with Sonia Gandhi, when Sharad Pawar urged more time to discuss the power-share.

The NCP chief is reportedly keen on rotational chief ministership, given his party is just two seats behind the Sena.

Ahmed Patel, seated next to him, said the Shiv Sena, which had contested the elections in alliance with the BJP, had approached the Congress-NCP formally only on Monday, seeking support.

“No final decision can be taken about supporting the Sena without first formulating the common minimum program,” Mr Patel said.

Sources say with the Congress dithering over supporting the Shiv Sena, an adversary with which it has little common ground, Sharad Pawar firmly told his ally that the NCP would not take it further with the Sena unless the Congress joined the government.

President’s Rule was imposed in Maharashtra on Tuesday, after 20 days of meetings, tough negotiations and grand-standing by various parties yielded no government.

No party won a majority in the Maharashtra election last month. Pre-poll partners BJP and Shiv Sena, with 105 and 56 seats, together had a majority but fell out over the Sena’s insistence on a “50:50” arrangement in which it would have chief ministership for half the term.

The Sena, along with the NCP’s 54 and Congress’s 44 seats, will be nine past the majority mark of 145 in the 288-member Maharashtra assembly.