​UEFA have sensationally changed the formation for the Fans’ Team of the Tear to the revolutionary 4-2-4 in order to somehow squeeze Cristiano Ronaldo into it.

Every year the formation has been the classic 4-3-3, but with Ronaldo having being voted in fourth place in the forwards department behind Lionel Messi, Robert Lewandowski and Sadio Mane, they of course had to find a way to squeeze him in.

Chances are that UEFA were fearful that Ronaldo would retaliate, and may have even opted against ever taking part in the Champions League ever again. You never know with him.

According to ​Sportsmail, ​N’Golo Kante was the unfortunate man to miss out, with one midfield spot being sacrificed for a forward spot. ​Ronaldo was consequently shoe-horned in, and rumours are now circling that Pep Guardiola is set to trial the 4-2-4 formation against Crystal Palace on Saturday.

A Sportsmail source was also reported as saying: “This is really not good. It is effectively vote rigging.

“Such is Ronaldo’s popularity at a senior level within the organisation, alarm bells sounded when he did not make the cut and, as a result, the formation was changed. It makes you wonder what else they get up to.” 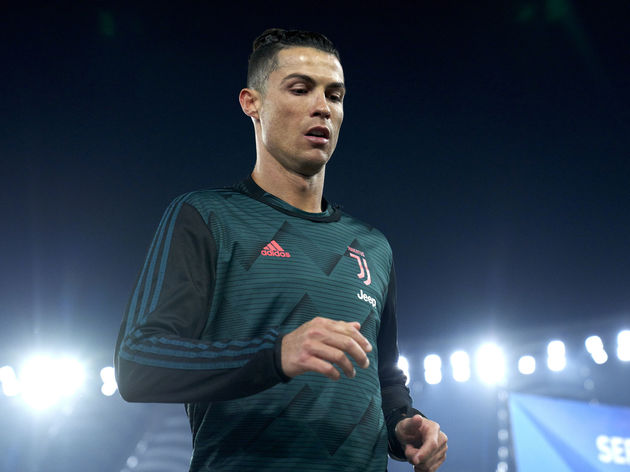 Vote-rigging and potential corruption inside UEFA? Well, I never!

In all honesty, neither Kante nor Ronaldo really deserved a place in the team of the year, but fans swarmed in their numbers to vote for their favourite players. In fact, ​Kylian Mbappe and ​Raheem Sterling both scored more goals than Ronaldo in 2019, with Sterling also completing the domestic treble. ​

Bernardo Silva was also Manchester City’s player of the season, and also collected the UEFA Nations League with Portugal alongside winning player of the tournament.

As Superintendent Chalmers once said, ‘It’s just a damn popularity contest with you kids!’

Luckily enough, the fans got the majority of other selections right, with Messi, Mane and Lewandowski deservedly making up the front three. Four of Liverpool’s back five also made the team, which included their flying full backs Trent Alexander-Arnold and Andy Robertson. Matthijs de Ligt was the only man involved in the defensive positions who wasn’t a Reds player.

Finally, Frenkie de Jong was rightfully voted for in midfield, while Kevin De Bruyne made up the second midfield spot despite not being better than team-mate Bernardo Silva in 2019. Apparently the Portuguese wizard was 12th in the votes. Does anyone even watch football? No holding midfielder either?? Has everyone forgotten about Fabinho??!

However, I would most certainly love to see ​Liverpool play against a team with an ambitious two-man midfield. It would make for some great viewing.

Willian Linked With Spurs After Revealing Jose Mourinho Contact & His...

Barcelona Away Kit 2020/21: Leaked Images Emerge as Blaugrana Set to...