​Unai Emery is confident that ​Arsenal are on the right track to become a major force in English football once again, after a solid start to the 2019-20 campaign.

The Gunners are currently placed fifth in the ​Premier League table, and a win against Sheffield United on Monday night could take them third, one point behind defending champions ​Manchester City.

Arsenal have only been beaten once this season and seem to have developed a habit of grinding out results, as highlighted by a narrow 1-0 home win over Bournemouth just before the international break. 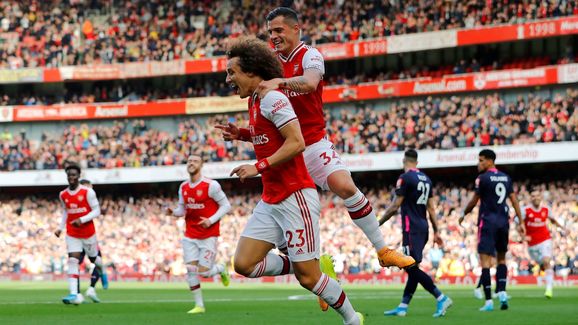 Emery is convinced his side is on the fast track to success and believes head of football Raul Sanllehi and ­technical director Edu think so too.

“I am speaking every day with Raul, Edu and with the players,” he told ​​Sky Sports​.

“Our work is more important than our words and really now I am very happy at the club. I am really happy with the players. The last two, three, four weeks, every player – and Mesut Ozil – is working very well.”

“This is why we can be positive and we can think we are going to do something important this year. I was speaking with Raul and this is the same idea when he is speaking with me.”

Unai Emery wants to achieve something important this season.

“This is why we can be positive and we can think we are going to do something important this year. I was speaking with Raul and this is the same idea when he is speaking with me.” pic.twitter.com/9nusf7VRSe

“Little by little we’re using the young players to achieve the performance, ­giving them confidence and experience in the matches,” he added.

“For example, Bukayo Saka is improving, helping us and taking a good performance.

5 ways to get rid of smelly feet