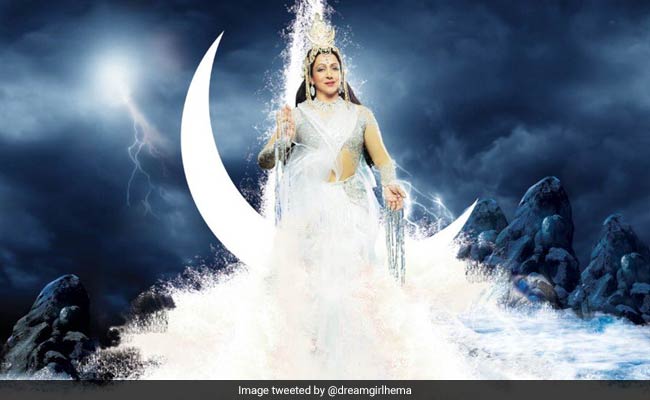 After watching Hema Malini”s 90-minute dance drama in the presence of international and national delegates and ministers, Ms Swaraj told Hema Malini: “I don”t have words about your performance. First time ever in my life, I am taking three words from famous TV shows for your performance – Adbhut, Avishwasniya and Akalpaniya.”

Hema Malini performed as the holy river Ganga and narrated the history of the river and how it’s getting polluted.

The dance drama, ‘Ma Ganga’, based on the “Role of Indian Diaspora in building a New India” also gave the participants an opportunity to visit the ongoing Kumbh Mela in Prayagraj and also witness the Republic Day Parade in New Delhi on January 26.

As per reports, the music was composed by Asit Desai and his son Alaap Desai and the songs were rendered by Sudesh Wadkar, Kavita Krishnamurthy, Shankar Mahadevan and Mika Singh. The costumes were designed by Neeta Lulla and the special effects were by Vibhore Khandelwal.

The objective of the conference, as well as the plenary, was to solicit the diaspora’s participation in the area of affordable waste management in the country, particularly with reference to India’s flagship initiatives such as the Swacch Bharat Mission, National Mission for Clean Ganga, and the Smart Cities initiative.

The Pravasi Bharatiya Divas was inaugurated by Prime Minister Narendra Modi and the closing will see the presence of President Ram Nath Kovind.