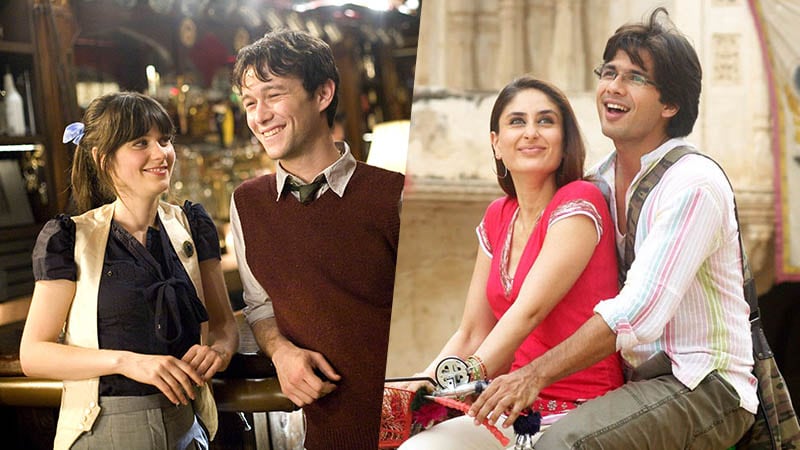 Tired of watching the same trite rom-coms on TV channels each year on Valentine’s Day with your significant other? Sick of the formulas and platitudes that they peddle and offer? Well, in the interest of spicing up that very situation, we have cobbled together 17 unconventional rom-coms that are available for streaming in India this Valentine’s Day, be it on Netflix, Amazon Prime Video, Hotstar, Google Play, iTunes, JioCinema, ZEE5, and …well you get the idea. Not all the movies below neatly fit into the definitions of a rom-com, some flirt with other genres and styles, and others don’t even have a central couple to follow. And one or two might even be slightly conventional Valentine’s Day fare — everyone has their guilty pleasures, after all.

Valentine’s Day 2019: Hollywood and Bollywood Movies to stream on 14 February 2019

Joseph Gordon-Levitt and Zooey Deschanel are the stars of director Marc Webb’s feature-length debut — told in a non-linear fashion — in which a young man named Tom (Gordon-Levitt) recounts roughly a year he shared with a girl named Summer (Deschanel), whom he thought to be “the one”.

Set in the titular small town, a free-spirited young woman (Kriti Sanon) sets out to find her new object of affection — the author of a book she fell in love with — by enlisting the help of a local printing press owner (Ayushmann Khurrana). Inspired by Nicolas Barreau’s novel, The Ingredients of Love.

In the first chapter of Richard Linklater’s long-drawn-out trilogy — nearly two decades passed between the release of the three films — two idealistic twentysomethings, an American man named Jesse (Ethan Hawke) and a French woman called Céline (Julie Delpy), spend the night together walking around in Vienna.

Watch Before Sunrise on Google Play this Valentine’s Day

HBO’s Silicon Valley star Kumail Nanjiani and his wife Emily V. Gordon fictionalise their real-life romance, that of a Pakistani-born comedian (Nanjiani) falling for an American grad student (Zoe Kazan), and dealing with several complications after she falls into a coma due to a mysterious illness.

Audrey Hepburn’s most memorable role — that of Holly Golightly, a naïve, eccentric socialite and party animal with a dark past — is easily the most memorable part of this sixties classic, in which Holly and her new neighbour, a semi-failed writer (George Peppard), slowly grow close together.

Watch Breakfast at Tiffany’s on JioCinema this Valentine’s Day

Bhumi Pednekar put on thirty kilos to play the role of an overweight wife in this National Film Award-winning picture from Sui Dhaaga director Sharat Katariya, in which an arranged-marriage couple — her nationalist husband (Ayushmann Khurrana) and she — come close after taking part in a piggyback race.

Imran Khan and Maqbool co-writer Abbas Tyrewala made their respective acting and directorial debuts in this coming-of-age charmer, with Khan playing one of two best friends alongside Genelia D’Souza. Everyone knows they would be a perfect couple, except themselves.

Watch Jab We Met on Netflix, Viu, or ZEE5 this Valentine’s Day

Inception star Ellen Page delivered her breakthrough role as a whip-smart, offbeat teenager confronting an unplanned pregnancy in this coming-of-age film, who finds the perfect adoptive parents, but things start to fall apart as she finds herself being more a part of their lives than she imagined to be.

In director Ritesh Batra’s film debut that won the critics’ prize at Cannes, an unlikely mistake by Mumbai’s famously efficient lunchbox carrier system results in an unusual friendship between a young housewife (Nimrat Kaur) and an older widower (Irrfan Khan) about to retire from his job.

Watch The Lunchbox on Hotstar or Netflix this Valentine’s Day

Wes Anderson brings his signature camerawork and visual aesthetic to a coming-of-age tale of two young lovers — they are 12 — who run away from their homes in the summer of 1965, prompting the entire town to look for them. Bruce Willis, Edward Norton, Bill Murray, Frances McDormand, and Tilda Swinton have supporting roles.

Deepika Padukone stars as the titular strong-willed architect and the daughter of a grumpy and ageing, hypochondriac father (Amitabh Bachchan), who pulls her into a road trip from Delhi to Kolkata — chauffeured by a taxi owner (Irrfan Khan) — that turns into an emotional roller coaster. Shoojit Sircar directs.

In Paul Thomas Anderson’s short-and-sweet film, Adam Sandler plays a quick-to-anger novelty items supplier whose loneliness is curbed and whose life takes a turn after meeting an English woman (Emily Watson), but he’s being extorted by a phone-sex line run from a mattress operator (Philip Seymour Hoffman).

Audrey Hepburn won an Oscar for her performance as a royal princess who sneaks out of the embassy during a state visit to Rome to see the Italian capital on her own, and meets a newspaper reporter (Gregory Peck), who convinces her to let him tag along. Predictably, they fall in love.

Bradley Cooper and Jennifer Lawrence headline writer-director David O. Russell’s adaptation of Matthew Quick’s 2008 novel of the same name, in which a recently-widowed dancer (Lawrence) offers to help a bipolar, former teacher (Cooper) — released from a mental hospital — win his wife back if he enters a dance competition with her.

Wake Up Sid writer-director Ayan Mukerji’s only other film to date charts the love story of two different souls — a guy (Ranbir Kapoor) who loves to travel and doesn’t want to settle, and a girl (Deepika Padukone) who is all about stability — at two different times in their lives, eight years apart.

Trump Suggests EU Out of Line in Suing US Tech Firms