Varanasi is clearing the way for a grand temple corridor by razing hundreds of houses, wiping away its oldest neighbourhood and upsetting locals.

The aim is to improve accessibility for pilgrims by providing a direct pathway from the Ganges river to the 18th-century shrine of Lord Shiva, the Kashi Vishwanath temple.

For centuries, Hindus have visited Varanasi to cremate their dead but it has often required navigating crowded alleyways to reach the city’s ghats, or riverside steps, where the caretakers of the cremation grounds pass flaming torches to the bereaved families to ignite wooden pyres dotting the banks.

Some 300 homes have been earmarked for demolition but locals, whose families have lived in the area for generations, say some of the properties being destroyed are as old as the temple itself. 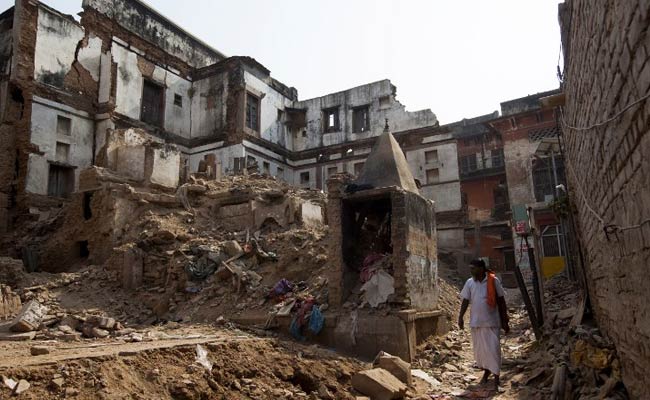 Locals say some of the properties that are being destroyed are as old as the temple itself.

“But Banaras (Varanasi) is defined by its galis (narrow lanes), and by creating this corridor, he is robbing Banaras of its very identity.”

The report added that residents have been offered compensation and relocation options but said that some residents feel it is not adequate reimbursement for losing homes in an area of prime real estate.

The $85,000 demolition project has also unearthed several ancient temples, statues, and historic buildings, prompting debate on how best to preserve these whilst constructing the corridor.