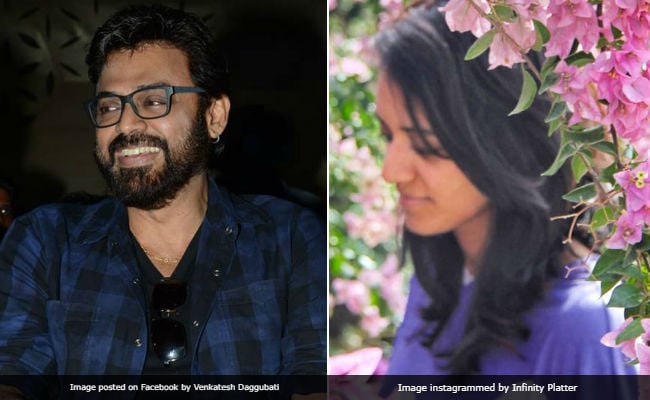 Actor Venkatesh Daggubati and his daughter Aashritha found a spot on the list of trends after several media portals reported that she is all set to marry longtime boyfriend come March. Aashritha got engaged to her boyfriend on February 6 in the presence of their family members and close friends at Venkatesh Daggubati’s home in Hyderabad, according to reports published The Times Of India and TollywoodNet. However, a grand wedding celebration is on the cards at Nanakram Guda in Hyderabad on March 24. Aashritha Daggubati is a baker and food blogger. Her Infinity Platter has a massive following across various social media platforms, including Facebook and Instagram. Her fiance is the grandson of R Surender Reddy, the Chairman of Hyderabad Race Club.

On the work front, Venkatesh Daggubati is basking in the success of F2 – Fun and Frustration while he’s filming Venky Mama, co-starring nephew Naga Chaitanya. He is best known for his roles in films like Prema, Swarna Kamalam, Dharma Chakram, Drushyam, Ganesh and Guru.