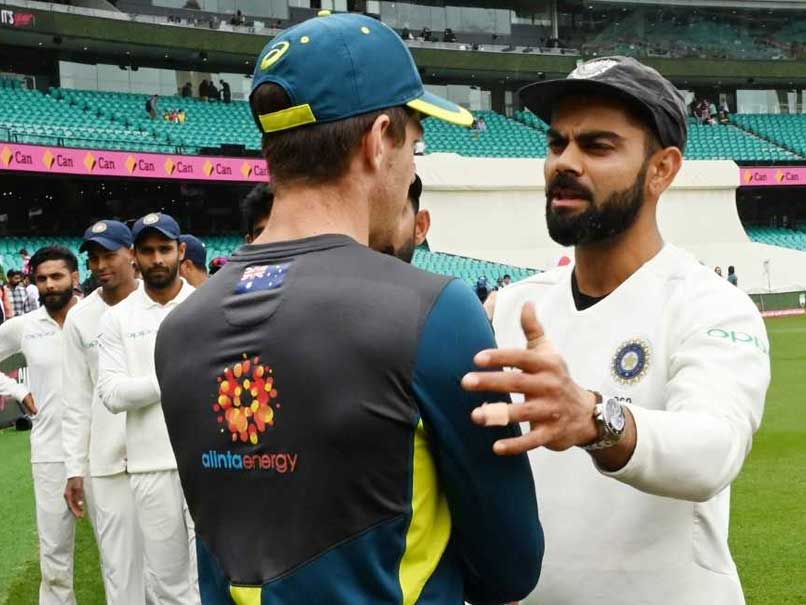 Virat Kohli might not have successfully led India to a Test series victory against England in 2018 but he was certainly among the runs. The top-ranked Test batsman Virat Kohli, who notched up 593 runs from five Tests against England last year, has a blunt advice for Australia for the Ashes 2019. The Indian team skipper asked Australian batsmen to be patient and grind out the whole day. He also asked the Australian’s to not to be egoistic as the Dukes ball used in England buries “egos” quickly. Kohli’s advice comes after India defeated Australia 2-1 in the Border-Gavaskar Trophy.

“If you go out there with an ego, you might as well not go at all. Because that Dukes ball, it buries egos pretty quickly.” Kohli was quoted as saying by cricket.com.au.

“You have to curb yourself down and do the hard yards. Grind it out the whole day … you have to be patient as a batsman,” Kohli, who became the first Indian Test skipper to win a series on Australian soil added.

Stressing on “patience,” Kohli also said that it’s the only thing that works in England and the visiting team should make sure they get enough runs on the board.

“But you have to get into a position where you should not even look at the scoreboard to see the number of balls,” Kohli said.

“It’s inconsequential; patience is the only thing works there and putting runs on the board again is the most important thing to win Test matches,” he added.

Australia’s tour to United Kingdom (UK) for the Ashes will get underway from August 1. By then, former Australian skipper Steve Smith and his deputy David Warner will complete their 12-month ban.