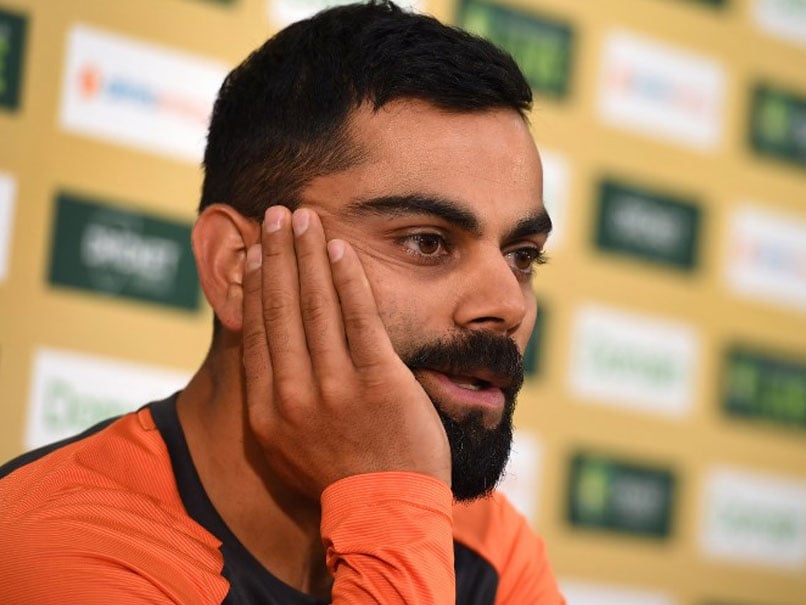 Team India skipper Virat Kohli broke his silence on the ongoing controversy involving Hardik Pandya and KL Rahul, who made sexist comments on a TV talk show. Reacting to the comments made by the duo, Kohli said that cricketers don’t align with that views and those were the opinions of the players. “We as the Indian cricket team and responsible cricketers don’t align with those views, those were individual opinions. We are still waiting for a decision to be made,” Kohli said at the press conference ahead of the first ODI against Australia in Sydney on Friday.

Pandya said he “got a bit carried away” as he explained his bragging about his prowess with women on the show that aired Sunday.

Pandya and KL Rahul are currently on India’s tour of Australia.

On Thursday, COA chairman Vinod Rai recommended a two-match ban for the duo but a decision on them will be announced today.

The recommendation came a day after the 25-year-old Pandya posted his apology on social media.

“After reflecting on my comments on Koffee with Karan, I would like to apologise to everyone concerned who I may have hurt in any way,” Pandya said on Twitter.

“Honestly, I got a bit carried away with the nature of the show. In no way did I mean to disrespect or hurt anyone’s sentiments. Respect,” he added.

Pandya, who was in the squad that beat Australia for the first time in an away Test series, boasted about his success with multiple women.

“You are just watching and observing how they move as I said I am a little from the black side (influenced by West Indies culture) so I have to see how they (women) move first,” he said.

Pandya also said he had bragged to his parents after losing his virginity.

He was quickly slammed for his views on women.

Later on Thursday, BCCI treasurer Anirudh Chaudhry called for an inquiry to find out whether or not the two sought permission from the BCCI to appear on the show, and if yes, Chaudhry wants to know who gave him the permission.

Pandya is still expected to play in three one-day internationals against Australia starting Saturday in Sydney.

Pandya and Rahul also caused a social media stir for comments on the same show when they said current India skipper Virat Kohli was a better batsman than the country’s cricket icon Sachin Tendulkar.