Prime Minister Narendra Modi today launched a blistering attack on the Congress and the Gandhis, referring to alleged AgustaWestland middleman Christian Michel as he retaliated on Rahul Gandhi’s Rafale allegations.

“Michel mama was lobbying for some other company. Congress leaders who are making noise now should explain to everyone – what is their relationship with Michel mama? Shouldn’t they given an answer? Shouldn’t the chowkidar ask them about it,” the PM said at a rally in Maharashtra’s Solapur, without taking names.

India Todayhad reported on a document which says that a strategy paper seized during the raids on Guido Haschke – another Agusta middleman – had revealed that Christian Michel and Haschke worked on a plan to promote Rafale’s prime competitor Eurofighter before India finally signed a deal for 36 Rafale jets from France’s Dassault. 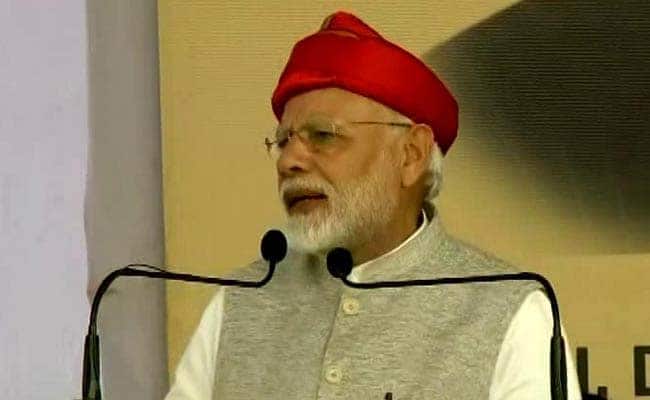 The ruling BJP has alleged that Congress president Rahul Gandhi’s allegations of corruption in the Rafale deal is linked to the Gandhi family’s connection with Christian Michel, who is accused of bribery in the VVIP chopper deal signed when the Congress was in power.

The BJP also alleges that a previous deal for 126 Rafale fighters negotiated by the Congress-led UPA government fell through because of “Christian Michel’s dealings”.

“Do you support the chowkidaar,” PM Modi asked the crowd in Solapur, referring to himself by the term Rahul Gandhi often uses while targeting him. “Was the deal stopped then because of Michel mama’ssaudebaazi (deals),” he said, apparently referring to the 126 jet plan that didn’t materialise.

Rahul Gandhi has repeatedly accused PM Modi of going for an overpriced deal for France’s Rafale fighters just to help businessman Anil Ambani, whose Reliance Defence bagged an offset contract with Rafale-maker Dassault. “Nothing is going to save the PM from Rafale. It is an open and shut case,” said the Congress chief on Tuesday.