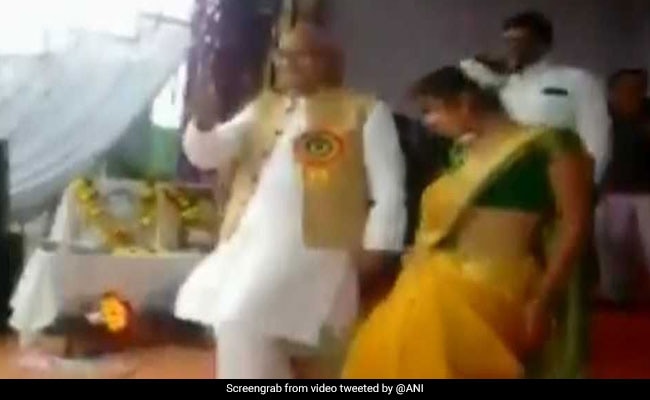 Nationalist Congress Party lawmaker Madhukar Kukde broke out into a dance with students at a function in a school of his constituency on Saturday. The Lok Sabha MP from Bhandara-Gondiya in Maharashtra danced to the popular song “aankh maarey” from the recently released Bollywood movie Simmba.

In a video shared by news agency ANI on Twitter, the lawmaker, 63, is seen dancing enthusiastically to the upbeat number as students join him on the slightly elevated stage. As the people on stage keep cheering him as he dances, girl students go up the stage to dance as Mr Kukde joins them to shake a leg.

The video also shows an enthusiastic crowd of students cheering and applauding as the performance continues. Watch the video here:

The NCP leader assumed office last year in May after winning the crucial Bhandara-Gondiya bypoll. Mr Kukde beat the BJP candidate in the constituency by a huge margin. The bypolls were held after BJP leader Nana Patole resigned from the Lok Sabha. He later joined the Congress. The Congress had extended its support to Mr Kukde for the by elections.