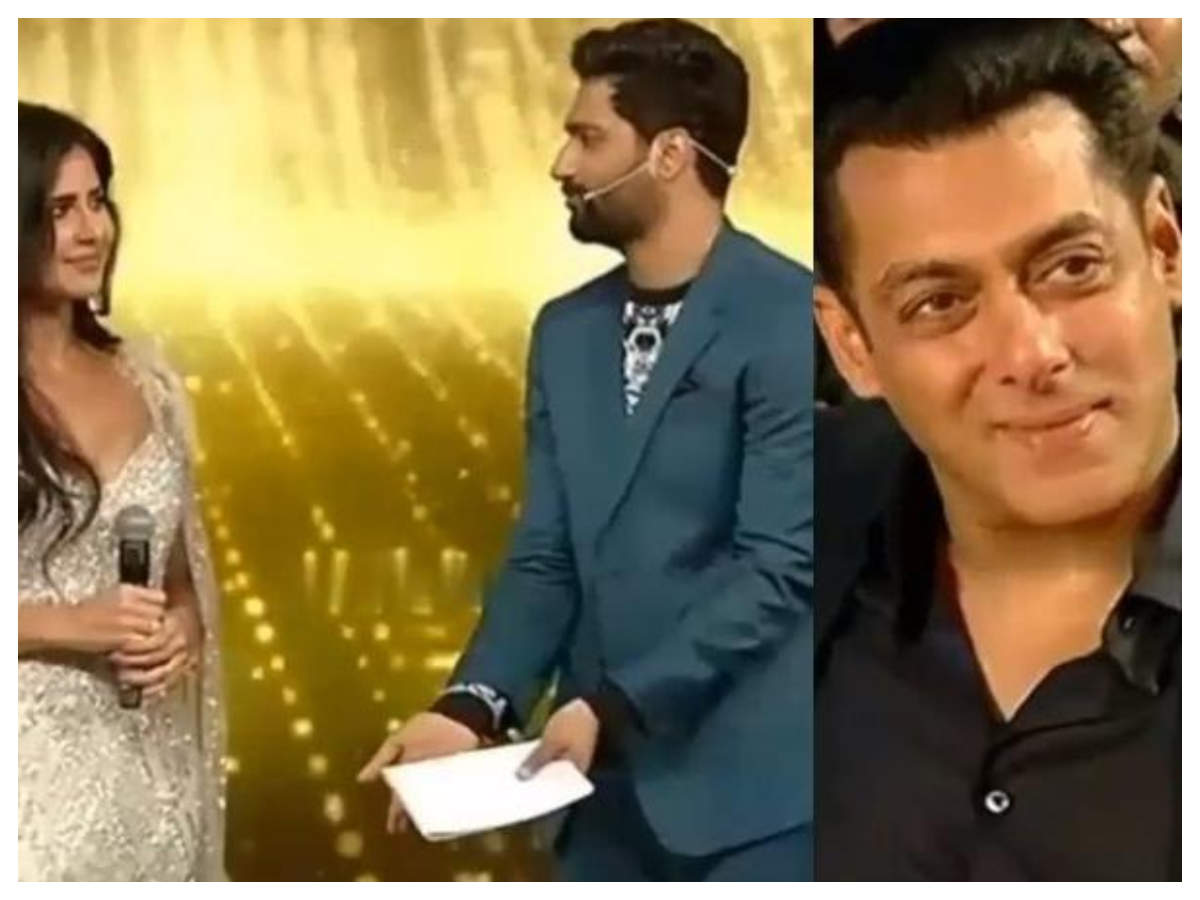 Vicky Kaushal’s appearance on Karan Johar’s chat show had made headlines when the actor had expressed his disbelief to Katrina Kaif’s statement previously on the show stating that they two would look good together. Recently, the duo came face to face and while their conversation left the audience laughing, Salman’s reaction to it left them in splits!

In the video, one can see Vicky Kaushal teasing and pulling Katrina’s leg. He tells Katrina that if she wants to get married because it’s the wedding season in Bollywood, she can find a good “Vicky Kaushal” and tie the knot. He then adorably sings ‘mujhse shaadi karogi‘ for her. But while Katrina is all surprised and smiling, it is Salman’s reaction that caught our attention.

Salman is seen falling on her sister Arpita Khan Sharma’s shoulder and pretending to have missed it all.

Check out the video here: