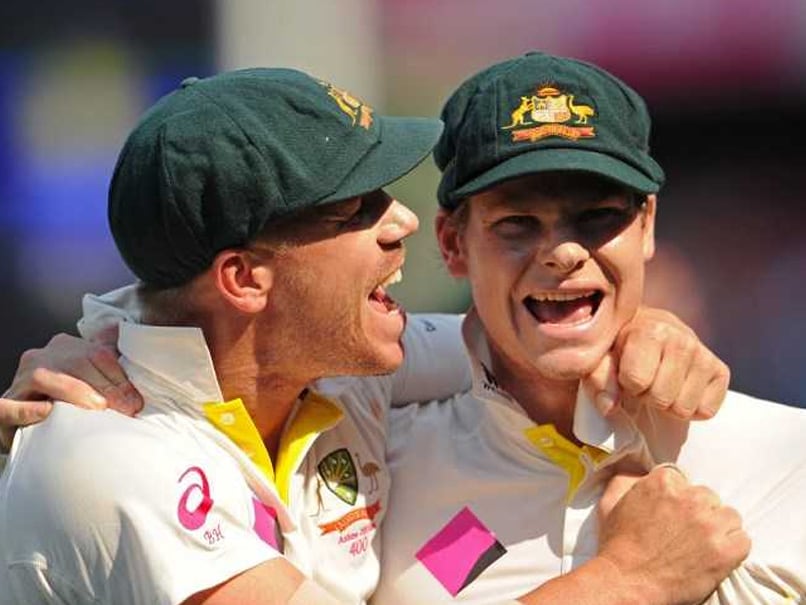 Steve Smith and David Warner have reunited with the Australian cricket team as their year-long ball-tampering bans end later this month. Smith and Warner have been welcomed back into the Australian fold with “hugs and cuddles” at a team meet-up in Dubai, and said it was like they’d never left. The disgraced pair were invited by coach Justin Langer as part of their re-integration process. Australia are in Dubai as they prepare for an upcoming series against Pakistan in the United Arab Emirates following their upset One-day International (ODI) series win against India. “It’s been awesome. It’s like we didn’t really leave, the boys were very accepting of us coming in and with open arms,” Warner told cricket.com.au.

“A lot of big hugs and cuddles. It’s been great.

“It’s good to see the spirit they’re in after a great series win in India and I am obviously looking forward to watching them play against Pakistan here and hopefully they win that series as well,” he added.

“Lots of hugs and cuddles”: David Warner says he’s excited for what lies ahead after meeting up with the Aussie squad in Dubai.
Full story: https://t.co/TuLVtvcrrU pic.twitter.com/NTtmWRT5lw

Steve Smith, who was stripped of the captaincy and is barred from being considered for any leadership role for a further 12 months after his ban ends, echoed Warner’s comments.

Steve Smith speaks following the catch-up between he and David Warner, and the Aussie men’s squad in Dubai.
Full story: https://t.co/TuLVtvcrrU pic.twitter.com/qJIVnJPq01

“It seems like some really good energy among the team at the moment,” he said.

“It’s great to be back around the group, they’ve been really welcoming and almost like we’ve never left.”

Smith said the Dubai catch-up went through “the values that are instilled in the team at the moment and making sure we are on the right path looking forward to what’s coming up; a huge World Cup and an Ashes series in England”.

The pair are eligible for the final two games of the Pakistan series. But selectors decided it would be better to ease themselves back at the upcoming Indian Premier League.