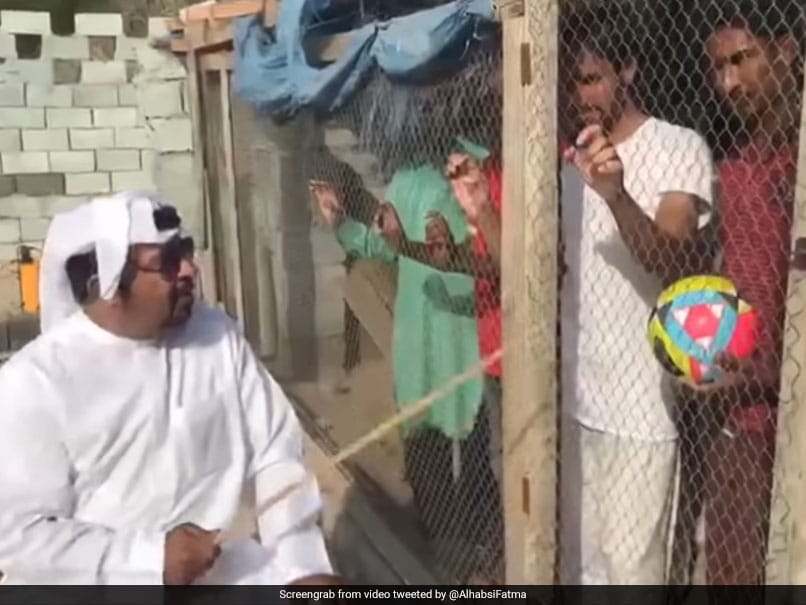 In the backdrop of India’s defeat to the United Arab Emirates in the AFC Asian Cup 2019 on Thursday night, a video of a man in UAE locking up Indian fans before the match in a “bird cage” has gone viral on social media. The Khaleej Times on Friday reported that the man has been arrested for promotion of discrimination and violence through social media. In the viral video, the man is seen asking some of his workers, locked up in a bird cage, about which team do they support between India and UAE? The men say India and get a bitter response from the man, who releases them from the cage after they cheer for the UAE.

According to the report published by Khaleej Times, the man was arrested and brought in for interrogation by the UAE Attorney General’s office.

“The video allegedly shows a man who locked up several men of Asian nationality in a bird cage. They were supposed to cheer for the UAE national team in their match against India in the AFC Asian Cup,” Khaleej Times reported the Attorney General as saying in a statement.

“Legal action was taken, with reports submitted to the prosecutor’s office. A warrant was issued for the man who made the video, and he was arrested and brought in for questioning,” the statement read further.

Soon after being summoned by the Attorney General, the man released another video claiming that the entire act was part of a joke.

“These men are my workers, one of whom I’ve known for 22 years. I live with my men on this farm, we eat from the same plate. I did not beat them, nor did I truly ‘lock’ them up,” he said in the video.

Meanwhile at the Zayed Sports City Stadium in Abu Dhabi, India paid the price for not making the most of their chances and lost 0-2 to the hosts. Khaflan Mubarak and Ali Ahmed Mabkhout scored in the 41st and 88th minute respectively as UAE dethroned India to take the top spot in Group A points table.