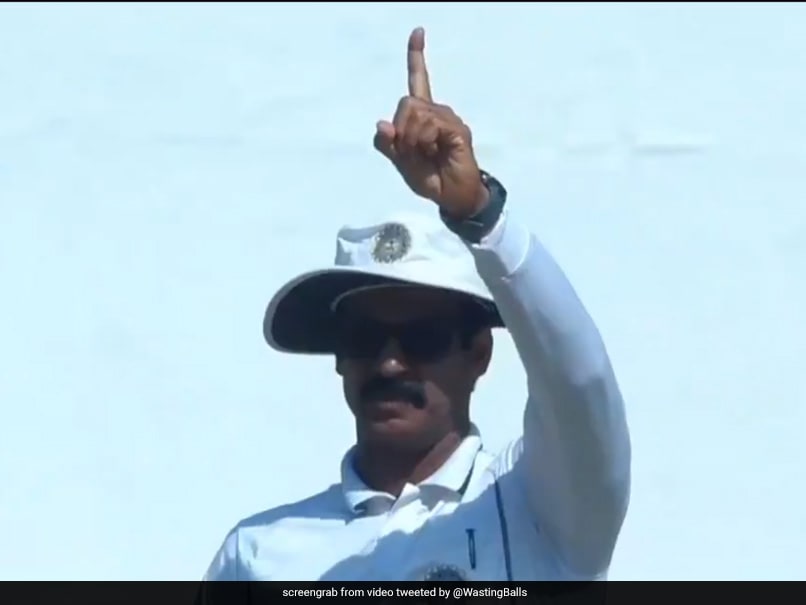 Umpire C.K Nandan was involved in making an unusual decision as he took his own sweet time to give Vidarbha captain Faiz Fazal out on the second day of the Irani Cup match against Rest of India on Wednesday. The incident took place in the 21st over of the match after Faiz Fazal edged a delivery from Krishnappa Gowtham which ended straight in the gloves of Ishan Kishan. Rest of India were quick to react to this as the entire team went on to make a confident appeal. But umpire Nandan was unmoved which initially left the entire Rest of India team disappointed.

However, after some time, Nandan raised his finger to give Fazal out on 27 runs in the first innings.

Fazal’s 65-ball knock was laced with five boundaries as Vidarbha posted 425 runs in the first innings. For Rest of India, Rahul Chahar (4/112) was the pick of the bowlers.

Meanwhile at stumps on Day 3, Rest of India managed to score 102/2 in their second innings with Hanuma Vihari (40 not out) and skipper Ajinkya Rahane (25 not out) at crease.

For Vidarbha, Aditya Sarwate and Akshay Wakhare picked one-wicket each.