In an encounter that lacked quality for large periods, it was the hosts who would create the first meaningful chance. After Troy Deeney headed down in the area, the ball fell to Etienne Capoue, who saw his six yard effort brilliantly saved at point blank range by Jordan Pickford.

The Hornets finally made the breakthrough when half-time substitute Gray pounced. After the visitors failed to clear their lines, Gerard Deulofeu snuck in between the backline and fired a low ball into the path of the striker, who scored his first goal since September.

Everton’s best chance came on the half hour mark when Cenk Tosun capitalised on a Abdoulaye Doucoure slip, but found Ben Foster in inspired form as the sides cancelled each other out during the opening period.

After the interval, Gylfi Sigurdsson was perhaps unfortunate not to give his side the lead, when his instinctive lob bounced back off the crossbar.

Having failed to come from behind in the Premier League from a losing position this term, this was a tall order for Silva’s beleaguered side, who bossed possession without creating as they tried to rally late on.

Check out the roundup of the game below.

After recording three victories in their previous 15 league fixtures, maximum points would have come as a huge relief for a side that had also failed to score in two of their last three outings. Gracia’s inspired decision to bring on Gray was astutely repaid, especially after a lacklustre opening period, and although his side weren’t at their flowing best, they took one of the few opportunities presented to them as they recorded a first win in seven games at Vicarage Road.

STAR MAN – After displaying heroics last time out to thwart Brighton, Foster’s reflexes were called upon once more.

Ben Foster owners are winning at life; what a season that lad is having #FPL

Often proving a safe pair of hands for ​Watford this term, the 35-year old veteran was decisive in his decision making and commanded his back line to record a seventh clean sheet of the season in the process.

WORST PLAYER – It’s perhaps harsh on Ken Sema, but the 25-year-old was unable to contribute to proceedings in a quiet first half. 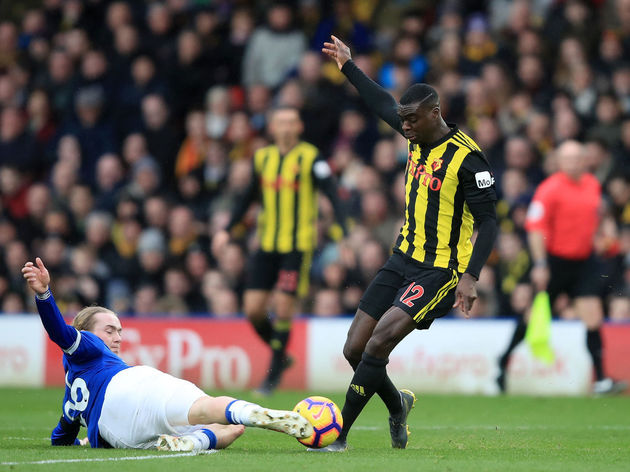 Instead, it was his replacement Gray who would grab the headlines, which will leave the Swedish midfielder nervously looking over his shoulder for game time in their forthcoming fixtures.

Another defeat on the road has certainly increased the pressure on under fire ​Everton boss Silva. Neither £50m signing ​Richarlison or any of his fellow attacking players could mount a clear cut chance in a dismal second half showing.

Only Huddersfield have claimed less points than the Merseyside outfit since the start of December as they succumbed to a sixth defeat in eight, leaving the time ticking on the Portuguese’s tenure at the club.

STAR MAN – So often at the forefront of Everton’s attacking intent’s this campaign, Digne caused problems all afternoon for the hosts’ Janmaat. Whilst showing solidity in his defensive work for the team, the former Barcelona man was arguably the Toffees’ most dangerous threat. The Frenchman was the only positive for Silva’s team in a quite fruitless attacking display.

WORST PLAYER – Richarlison’s return to his old stomping ground didn’t go to plan. Lacking any real purpose and intent going forward, the Brazilian was out-fought by his opposite number Jose Holebas, who gave him no room to manoeuvre.

To compound his miserable afternoon, he was replaced by Bernard to a chorus of cheers by the home faithful.

Following a win that moves Watford four points above their opponents, they take a break from Premier League action when they travel to QPR in the FA Cup fifth round.

Meanwhile, the out of form Toffees travel to 15th place Cardiff a week on Tuesday seeking a return to winning ways.