Crystal Palace goalkeeper Wayne Hennessey is reportedly set to contest his FA charge for making an alleged Nazi salute during a meal out with his teammates.

The Wales international has been at the centre of controversy ever since a picture was posted on Instagram by his teammate Max Meyer in the aftermath of the Eagles FA Cup win over Grimsby, in which Hennessey can be seen holding his right arm in the hair. 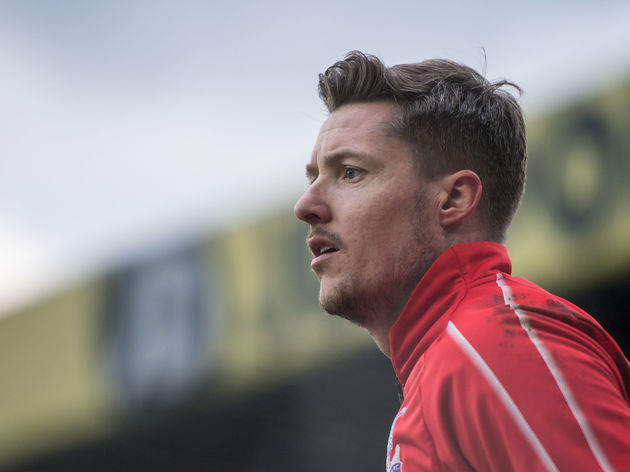 The 32-year-old was given until 4pm on Friday to respond to the charge, and now journalist ​Simon Stone has revealed that the goalkeeper will in fact contest the charge.

Hennessey has previously stated that any resemblance to the Nazi gesture was ‘absolutely coincidental’, saying that he ‘waved and shouted at the person taking the picture to get on with it’ and ‘put my hand over my mouth to make the sound carry’.

Understand @CPFC keeper Wayne Hennessey will contest FA charge over alleged Nazi salute. Has until 1600 today to respond. Hennessey has previously said any resemblance to gesture was coincidental.

The FA launched an investigation into the matter on January 8 and charged the former Wolves shot-stopper with breaching FA Rule E3, which states players ‘shall not act in any manner which is improper or brings the game into disrepute’.

A statement read (as quoted by ​Sky Sports): “​Crystal Palace goalkeeper Wayne Hennessey has been charged with a breach of FA Rule E3.

moment by the camera this looks like I am making a completely inappropriate type of salute. I can assure everyone I would never ever do that and any resemblance to that kind of gesture is absolutely coincidental. Love and peace Wayne

“It is alleged that a gesture he made, which was captured by a photograph and posted on social media, breached Rule E3[1] as it was abusive and/or insulting and/or improper and/or brought the game into disrepute.

“It is further alleged that this constitutes an ‘Aggravated Breach’, which is defined in Rule E3[2], as it included reference to ethnic origin and/or race and/or religion and/or belief.”

How Much Arsenal Have Actually Paid for Dani Ceballos & William...

Premier League: 3 Things we Learned From Arsenal's 3-2 Win Over...