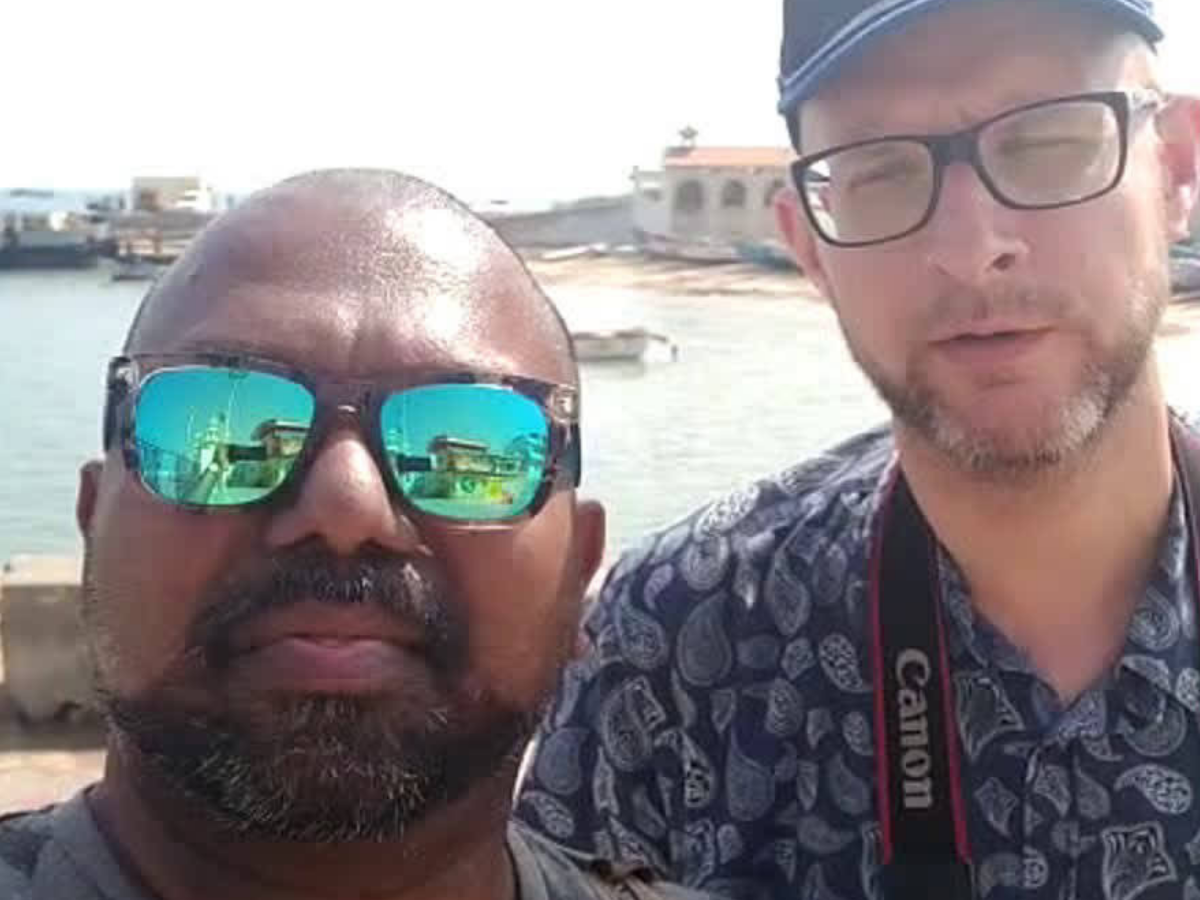 Let’s hope that the Indian government comes up with a law that recognises gay marriages as legal. The civil rights in India need to be the same for everybody,” says Vinodh Philip, 43, who got married to his partner, Vincent Illaire, 47, in December last year. The couple hosted a wedding party in Mumbai last week. As India’s first married gay couple honeymoons in South India, TOI connects with them to talk about their love story, marriage and kids.

Vincent, you are from France, and Vinodh from Chennai. Why did you both host a wedding party in Mumbai?
Vinodh: We got married in Paris on December 10, 2018. We had the wedding party in Mumbai because I came out to my folks in Mumbai. I also started Rainbow Voices Mumbai, which is India’s first LGBT choir. I have a lot of friends in this city who helped me come out and be myself. So this place is close to my heart. I was born and raised in Chennai. While I came out to certain colleagues and friends back home, I felt more comfortable and safe doing that in Mumbai .

How long were you both dating?
Vincent: We were dating for two years before getting married.

Take us through your love story.
Vinodh: We first met in Paris. I arrived on July 24, 2016. I chatted with Vincent on a dating app for gay people. We had our first date that week. Then we started meeting regularly and going for movies like friends, like it happens in most love stories. Towards the beginning of 2017, we started taking weekend holidays together. When Vincent went to Thailand for his birthday in April that year for three weeks, we really missed each other. We were not together back then. Vincent wrote a message on a prayer tile at a temple in Thailand, which said, “Please let Vinodh stay in France with me (laughs).” It seems that prayer came true. I met his family in France and Vincent visited India for the first time last year and met my family. After that we decided to get married. As soon as we returned to France, we started with the marriage-related paperwork. The paperwork in India took a lot of time since there was no clarity on the part of the Indian administration when it
came to getting a certificate of bachelorhood or attestations, etc.

What was the wedding ceremony like?
Vincent: The ceremony was done in a Town Hall in Paris. It was a seven-minute affair. Our friends and family from across the world attended our wedding.

Have you both ever faced backlash because of your orientation?
Vinodh: Yes, I have experienced backlash in the form of rude comments and bullying in various workplaces, but mainly in Chennai. When I look back, I feel that it’s unfortunate that those colleagues of mine were so unaware of homosexuality and that they used to make those comments. Sometimes I saw them picking on guys who were a bit camp and say, “Aww, he is a eunuch.” For them, gayness only means becoming a hijra, because patriarchy has been put on a big pedestal and glorified, there’s a stereotype revolving around gayness and how any man who is a bit camp is on his way to becoming a hijra. There’s so much transphobia, but I say, what’s wrong in being a transgender? When I was younger, I would avoid such situations. But as I grew older, I started responding to people’s snide comments. Whenever I saw that happening to other people, I would stop, turn around and say, “What did you just say? You are in a workplace, which treats everyone equally. And if I report about you, then you can be thrown out of the office.”
Vincent: In my last job at an insurance company, I was denied a four-day leave to get married. It was because I was homosexual. In my last two employments, many people left, including me, because of homophobia. But the newer generation in France, which is more educated, is more sensible about homosexuality.
Vinodh: In the Mumbai Pride parade, we saw participation of a lot of millennials, which is great.

Vinodh, what gave you the courage to come out? Did you have to convince your family for getting married to Vincent?
Vinodh: I came out because it was time for me to do that. My friends encouraged me to come out to my parents, because by that time, most people knew about my orientation. My parents were the last people to know about my orientation. Getting married to Vincent was a natural thing. I told my family that we both wanted to get married and they were quite welcoming of the idea. They were happy that I would have a spouse who loves me. My family worked hard to navigate the complex world of the Indian administration to get us all the papers we needed for our marriage.

Do you plan to have kids?
Vincent: It’s a bit too soon for us, because we are still settling down in France. But perhaps later, we might think about it.

Vinodh: I agree with Vincent. I think kids need a home, not just a house. They need parents who love them. Since we are newlywed, that’s not on the cards right now.

Vincent, do you ever plan to move to India with Vinodh?
Vincent: I love India. When I met Vinodh, I was full of misconceptions about India, but I’m glad that I’ve discovered so much more about the country. I love this place, the food and its people. It’s a varied country with a rich history. But, we want to build our lives in France because our marriage has a legal status there. Since our marriage won’t be considered legal in India, we don’t plan to shift base here anytime soon. I want Vinodh to be protected.

Vincent, how comfortable are people about homosexuality in your country?
Vincent: There is still discrimination and bullying at workplaces in France. It’s not simple, but the people, especially the younger generation, have become more understanding. There is a lot more portrayal of gay relationships in movies now. So things are going in the right direction.