Right now, ​​Borussia Dortmund are perhaps the most exciting team in world football. The goalscoring exploits of Erling Haaland and the creativity of Jadon Sancho have made BVB box office.

Averaging five goals a game in their past three matches, ​Dortmund have been absolutely blitzing opponents, and with the Bundesliga title race especially close, the DFB-Pokal offers Lucien Favre’s side another shot at silverware. Werder Bremen – their opponents on Wednesday – have struggled for consistency in German top flight. Bremen slumped to another disappointing result at the weekend with a 2-1 defeat to Augsburg, slipping into the relegation zone, but the DFB-Pokal offers them a chance to put their league struggles to one side.

Here’s what you need to know ahead of Tuesday’s game.

How to Watch on TV

Dortmund picked up no new injury concerns during ​a near-perfect weekend, with their only main concern Thomas Delaney, who remains on the treatment table.

Further good news included Dortmund welcoming back Frenchman Dan-Axel Zagadou as the defender replaced Achraf Hakimi in the 64th minute during the 5-0 mauling of Union Berlin.

We could see a debut for Emre Can, who joined from Serie A champions Juventus towards the end of the January window.

​​​​Werder are suffering from an injury crisis, with a total of eight defenders currently out with an assortment of injuries. One positive Werder fans can take going into Tuesday’s match is the return of Marco Friedl, who will help patch up their already paper-thin defence.

Dortmund come into the game undefeated in their last five matches against Werder, but have only managed to win one of those clashes.

Their most recent encounter was back in September, as the two clubs battled to a 2-2 draw in a topsy turvy game. Tuesday’s game is a mirror image of the competition last year, which pitted Dortmund versus Bremen in the same round. It was Bremen who were victorious, securing their place in the last eight as they beat Dortmund on penalties.

Dortmund entered the winter break under pressure with uncertainty over Favre’s future at the club. However, the signing of Erling Haaland has revitalised them and they’re now playing some of the best football in Europe. 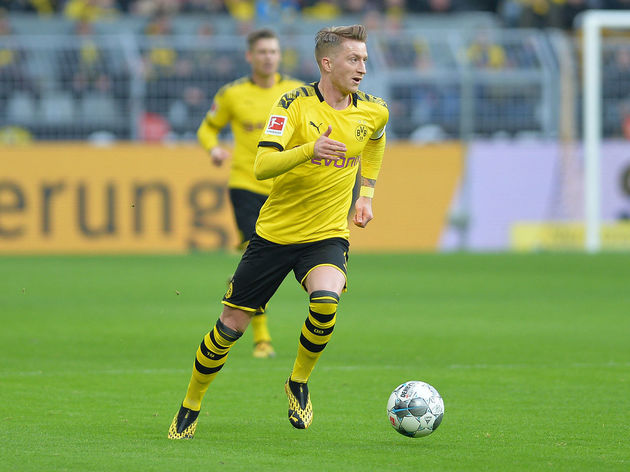 Their excellent run of form began with a brilliant win at Augsburg that saw Haaland score a 20-minute hat trick to overturn a 3-1 deficit.

Werder Bremen are floundering and recently slipped into the relegation zone. They started 2020 with two wins but have since returned to their early-season form with two losses.

Given Dortmund’s impressive form, it’s pretty hard ​to go against them. With Sancho and Haaland on fire, Dortmund look a completely different team to the one that was struggling barely a month ago. They were considered the least likely out of the top four in the Bundesliga to win the league, but their confidence will be sky high ahead of this cup fixture.

If Dortmund score early, you worry that it might get ugly for the men in green.