Arnautovic has been repeatedly linked with a big-money move to China this month, and Sky Sports reporter Dharmesh Sheth has claimed the Hammers are already making ground in their efforts to secure a replacement for the 29-year-old.

“Will West Ham look for an Arnautovic replacement this month? Oh, absolutely,” he said, as quoted by the ​Daily Star. “The wheels are in motion, let’s put it that way, for a replacement to come in if, and when, you’d have to say, Arnautovic leaves. Celta Vigo striker Maxi Gomez, he could be the man to come in. We’re told West Ham representatives are in Vigo at the moment trying to thrash out a deal.

“He’s scored nine goals this season from 15 starts for Celta Vigo and is believed to have a £45m release clause. So, probably all of the money that they could potentially get for Arnautovic would go on Maxi Gomez and perhaps a little bit more as well.”

Another striker that ​West Ham have been linked with is Genoa’s Krzysztof Piątek, however they look set to miss out on the free-scoring Polish front-man this month. 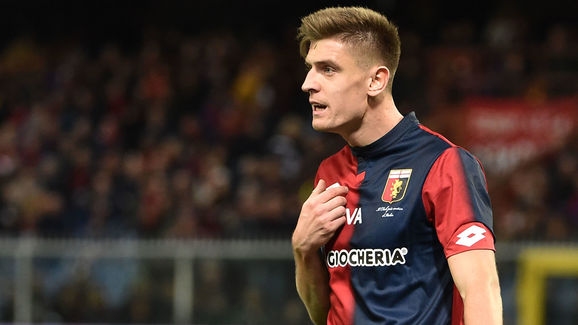 “Talks are about to get under way for about £40m-£45m deal there. Initial talks had taken place with regard to Piatek but now it looks like the favourite, if Arnautovic leaves, the one to come in could be Maxi Gomez.”

​Arnautovic didn’t feature in West Ham’s recent ​2-0 loss to Bournemouth, with the east London side keen to find a forward to fill the void left by the Austrian’s seemingly inevitable departure.