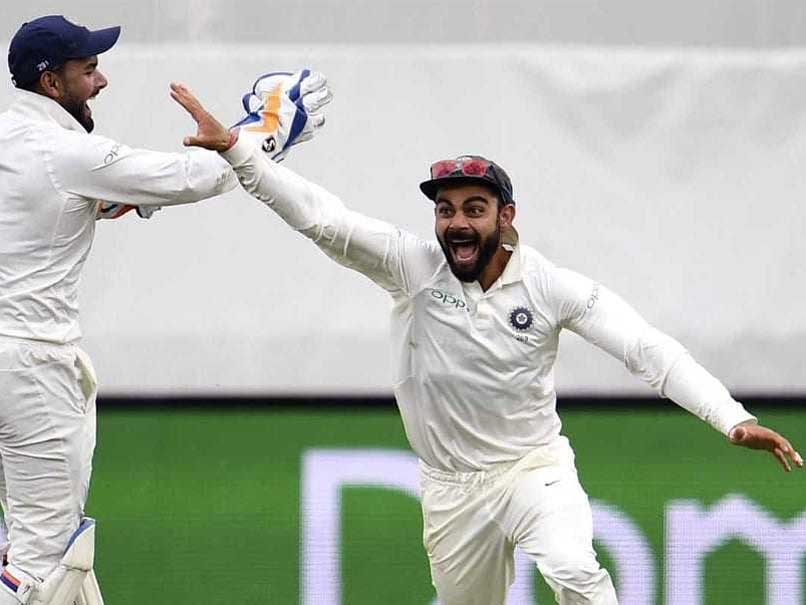 Virat Kohli led India to a historic Test series victory in Australia after the Sydney Test ended in a draw due to rain. The achievement by India has triggered several reactions on social media, and highlighting them all is the one by India’s Prime Minister Narendra Modi, who said, “A historic cricketing accomplishment in Australia! Congratulations to the Indian Cricket Team for the hard-fought and richly deserved series victory. The series witnessed some memorable performances and solid teamwork. Best wishes for the various games ahead.”

A historic cricketing accomplishment in Australia!

Congratulations to the Indian Cricket Team for the hard-fought and richly deserved series victory.

The series witnessed some memorable performances and solid teamwork.

Best wishes for the various games ahead.

And here’s how prominent names in Indian cricket reacted:

Tremendous win ..this is what one plays for .. enjoy every moment ..congratulations to every member of the team @imVkohli @BCCI

Proud of you guys..Well done Team India for winning the test series in Australia.. congratulations @cheteshwar1 for winning MOS u been a backbone of indian batting line up.. keep it up @BCCI bowling wise @Jaspritbumrah93 has been phenomenal..love ur work

When was the last time you did something for the first time? Historic 1st Test Series win for India in Australia! Superb effort by #TeamIndia ! It may have ended in rain but that’s not going to dampen the celebrations! Proud #INDvAUS pic.twitter.com/xVN9OZtye5

A dominant India won their first-ever Test series in Australia by a margin of 2-1 after play in the fourth and final Test in Sydney was abandoned due to rain on Monday. Australia were still trailing by 316 runs when the match was called off as a draw, ending India’s 71-year wait after wins in Adelaide and Melbourne. It is the first time India managed the feat since they began touring Australia in 1947-48. Consequently, Virat Kohli became the first Indian as well as the first Asian captain to win a Test series in Australia.

India reinforced their status as the world’s number one team and retained the Border-Gavaskar Trophy with a historic 2-1 series win.

India had ripped through the Australian tail in Sydney on a shortened day four, when bad light and rain allowed only around 100 minutes of play, bowling the hosts out for 300 in reply to their own ominous 622 for seven declared.