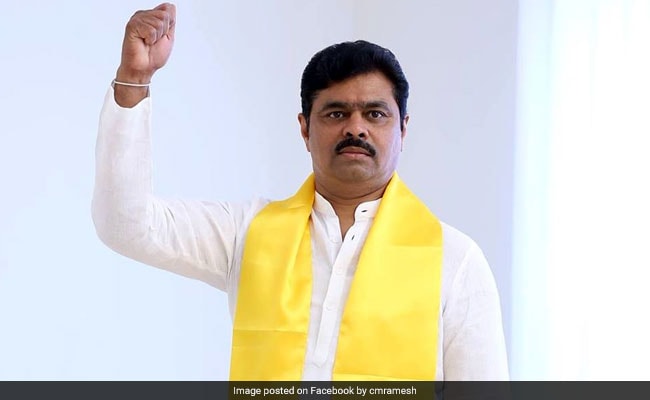 The WhatsApp account of a Telugu Desam Party (TDP) MP has been blocked over what the messaging application platform said were “violation of terms of service” in a mail dated February 8. CM Ramesh, the TDP’s Rajya Sabha member from Andhra Pradesh, noticed that the application wasn’t working and he was unable to send any messages.

He wrote to the Whatsapp support centre enquiring about the issue. The subject line read: Question about Whatsapp for iPhone.

However, the support team wrote back, “We have reason to believe your account activity has violated our Terms of Service and decided to keep your account banned. We received a large number of complaints about your account and in order to protect users’ privacy, we won’t disclose the nature of the complaints.”

Mr Ramesh wrote again requesting that the services be reactivated. “I have gone through the terms and conditions. As per my knowledge I have not misused. If I did maybe by mistake and I will make sure not to do it again. Kindly reactivate,” his mail said.

The Rajya Sabha member, however, believes that there is more to it than a mere alleged technical violation by him.

Alleging conspiracy by political rivals in Delhi, he says he will explore legal options and file a formal complaint in the parliament on Monday.

CM Ramesh was elected to the powerful Public Accounts Committee (PAC) of parliament in August last year. A few months later his home and offices in Hyderabad, Amaravati and Kadapa were raided by income tax officials.

The TDP leader, however, termed the raids “political vendetta” and said he had declared an income of Rs. 200 crore in the last four years and promptly paid tax.