WhatsApp’s stickers feature has been talk of the town since it was introduced in October last year. But to further enhance the use of stickers on the instant messaging app, the Facebook-owned company has now been spotted developing integration with third-party keyboards. Google’s Gboard is reported to be the first keyboard whose stickers will be integrated within WhatsApp. However, other keyboard apps are also likely to come on board shortly. The purpose of the new development is to essentially make a large number of stickers available for sharing on WhatsApp.

WABetaInfo reports WhatsApp for Android has had the integration of keyboard stickers since December 12, but the functionality isn’t available with Gboard right now. It is believed that WhatsApp is waiting for Google to complete the testing on Gboard end to flip the switch. The new move will enable the chat app to automatically convert stickers available on Gboard into WhatsApp compatible sticker format WebP. It is also said that the new feature will reach other third-party keyboards over time.

At present, the stickers that you share from Gboard get converted into images on WhatsApp but as soon as WhatsApp makes the integration live for Gboard users, they will appear as proper stickers. 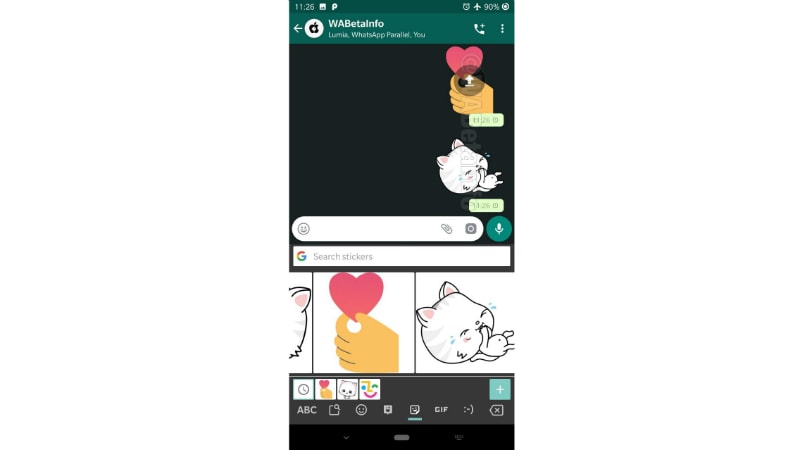 WhatsApp brought stickers to its platform back in October. While the app doesn’t have plenty of stickers by default, it allows the users to download distinct sticker packs from the App Store and Google Play. There is also a workaround to enable individuals to create personalised stickers. However, adding the ability to add stickers from keyboards will certainly take the experience to new levels.

All this could make sticker sharing on WhatsApp easier and more fun. That being said, we’re yet to see the official update for WhatsApp and Gboard to enable the new experience.

Chandrayaan-2 Mission Launch on July 15 at 2:51am, ISRO Chief Says