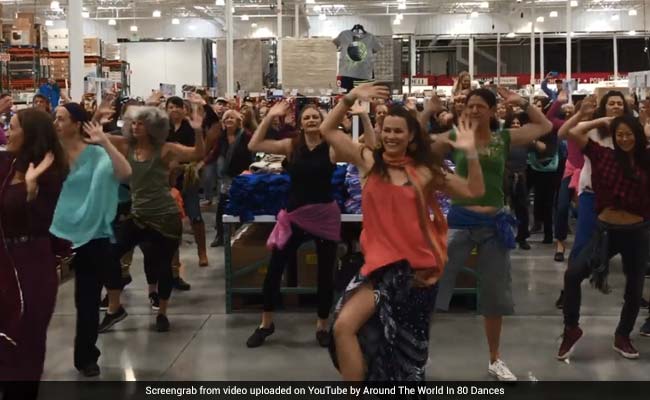 People shopping at a retail outlet in Santa Cruz, California, were recently treated to a Bollywood flash mob. Members of ‘Around The World In 80 Dances’ – a club that aims to “explore the world and bridge cultures through dance” – surprised shoppers at Costco last weekend with a choreographed dance routine on the superhit song London Thumakda.

A video shared on YouTube on Monday shows members of the club breaking into a dance with moves that could rival those of Rani’s from Queen. Even onlookers are seen joining in the fun after some time as members dance away happily.

The brilliant flash mob has now gone viral on the Internet.

Watch the video below:

Since being shared online, the video has collected over 2.7 lakh views and a ton of comments praising the performance.

“This is so refreshing to even watch! I can’t imagine how good it should feel to dance! I liked the way how some men started dropping in from the crowd,” wrote one person in the comments section. “Love it!! Thank you for the light and the smiles,” said another. “This is why Santa Cruz is so great,” a third wrote.

In December, Christmas shoppers at a mall in the US were treated to a pleasant surprise when a dance crew started a flash mob, and police officers joined them too.

What did you think of this Bollywood flash mob? Let us know using the comments section below.