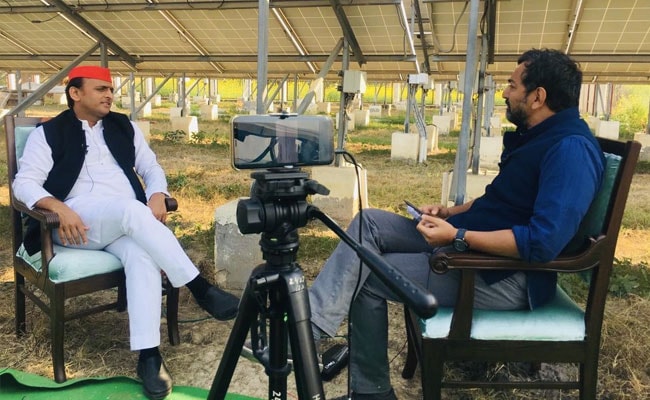 Hours after CBI chief Alok Verma resigned following his removal from the top post by a panel led by Prime Minister Narendra Modi, and a Delhi court asked the agency to investigate its number 2 Rakesh Asthana in a bribery case, former UP chief minister Akhilesh Yadav quipped “who will investigate the CBI?”

“There are so many fights happening within the CBI, so many allegations and counter-allegations… Who will probe the CBI?” the Samajwadi Party chief said amid reports that he will be questioned by the CBI in the sand mining scam.

The Central Bureau of Investigation (CBI), which is probing the illegal sand mining that took place between 2012 and 2016 in the state, had raided at least 12 locations in Delhi and UP on Saturday. Agency sources said Akhilesh Yadav’s role will also be examined as he was the chief minister during this period and held the mining department for a year.

Mr Yadav told NDTV he was ready to face the investigation, but termed the raids on officers and ministers as “politically motivated”.

A day before Akhilesh Yadav and Mayawati are set to announce the coupling of Samajwadi Party and Bahujan Samaj Party for the national election, Mr Yadav alleged that the BJP has stitched an alliance with the CBI and whenever the party feels threatened, its political opponents are visited by CBI officers.

“BJP ne CBI hi nahi baki agencies ke saath bhi gathbandhan kiya hai (Not just the CBI, but the BJP has formed an alliance with other central investigative agencies). And they know how to use them to their benefit,” Mr Yadav said.

However, he isn’t scared, the SP chief told NDTV.

“We are making efforts to win maximum Lok Sabha seats. Those who want to stop us, have the CBI with them. If the CBI wants to question me, I will answer (them),” Mr Yadav said.

The ruling BJP is leaving behind the culture (of misusing the central investigative agencies) and it should be ready to face the same in the future, Mr Yadav had warned last week.