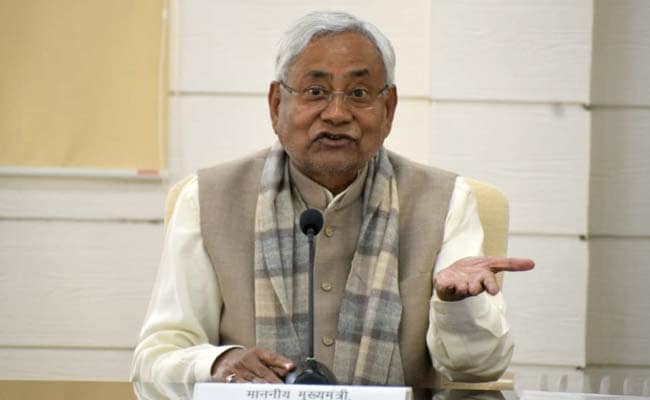 The Patna High Court on Tuesday asked Bihar Chief Minister Nitish Kumar and his predecessors to file a response within a span of four weeks on why the former chief ministers cannot live in private accommodations in the city despite being provided high security.

The decision came after a public interest litigation (PIL) was filed by Nitish Kumar and other leaders of the state over the allocation of bungalows to former chief ministers.

A bench headed by Justice SP Shahi directed the state government to reply to the issue within four weeks.

The next hearing is scheduled on February 11.

On Monday, the High Court rejected Rashtriya Janata Dal (RJD) leader Tejashwi Yadav’s petition challenging the Bihar government’s order to vacate the bungalow allotted to him while he was the deputy chief minister in 2015.

However, he continues to occupy the house even after RJD broke the alliance with Nitish Kumar’s Janata Dal (United).

The Nitish Kumar government has asked Mr Yadav to swap residences with Deputy Chief Minister Sushil Kumar Modi, who lives in 1, Polo Road, situated about a kilometre away.

In September, Mr Yadav had first written to the chief minister, asking that he be allowed to retain it.

In October last year, the Patna High Court rejected Tejashwi’s appeal against the Bihar government’s plea to evict him from his official residence at 5, Deshratna Marg. In November, Mr Yadav had filed a fresh appeal challenging the high court’s judgment.

The bungalow was reassigned to present Deputy Chief Minister Sushil Modi in 2017 after RJD formed the coalition with the Bharatiya Janata Party (BJP).