​Manchester United sent five players to the Women’s World Cup this summer, three who were part of the club’s Women’s Championship title winning team last season and two more who agreed to join the revolution in the red half of Manchester ahead of the tournament.

Scotland pair Kirsty Smith and Lizzie Arnot were unfortunately knocked out in the group stage, while United captain Alex Greenwood and new signing Abbie McManus were part of the England squad that pushed the United States all the way in the semi finals. 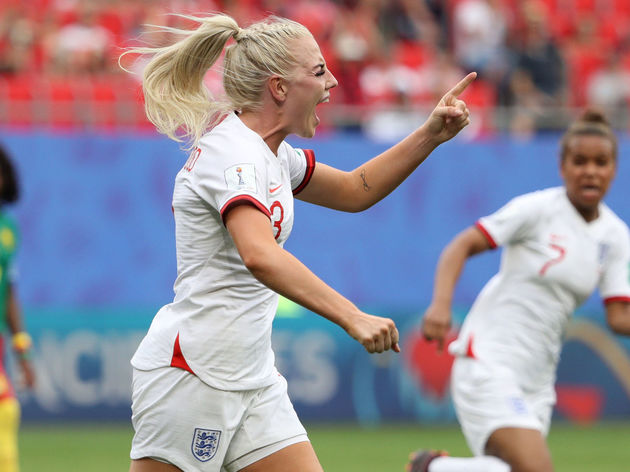 But there will be a United player in the final on Sunday when the USA, as holders, face the Netherlands, who are the reigning European champions. And that player is Dutch midfielder Jackie Groenen, who agreed a transfer to United from FFC Frankfurt in May.

With United Women only forming last summer, Groenen is the club’s first ever overseas players after last season’s squad consisted exclusively of British players. What’s more, she is genuinely world class and she and her Dutch teammates deserve your support on Sunday evening.

Groenen, who is still only 24 years of age, has spent most of her senior career to date in Germany. She also had a spell at Chelsea between 2014 and 2015, during which time she was also a law student at Tilburg University in her native Netherlands.

Although she once tried to switch allegiance to Belgium, the country where she actually grew up, Groenen has been a full Netherlands international since 2016 and has already amassed more than half a century of caps in just three years. She was part of the Dutch team that won Euro 2017 two summers ago, starting every single game in the unmistakable 4-3-3 system, and was even named in Team of the Tournament.

Then, in December 2018, barely more than seven months ago, Groenen was ranked 33rd in The Guardian’s annual list of the 100 best female footballers in the world, underlining her elite status.

Her 2019 World Cup has been a continuation of that. Groenen has once against started all six games for the Netherlands and has even been an ever present, playing every minute so far.

Although not usually a goalscorer, Groenen netted the only goal of the last four win over Sweden to put her time in the World Cup final, drilling the ball with precision into the bottom corner of the net from outside the penalty area after making an un-tracked run from midfield.

As such, she was named Player of the Match for her decisive role in the key game.

For a talented Netherlands team, whose international rise has been nothing short of remarkable after entering the 2015 World Cup as first time qualifiers, it is a second major final in two years. But, after conquering Europe, can they now conquer the world?

Groenen will link up with her United teammates for the first time later this summer, with the club’s debut WSL campaign kicking off against Manchester City on 7 September.

“I was told my excess weight won't let me live beyond...

6 of the Biggest Away Wins in Premier League History