Crystal Palace star Wilfried Zaha has lost his appeal against an additional one-match ban and £10k fine for his red card at Southampton in the Premier League last month.

The Ivory Coast international was given his marching orders after receiving two yellow cards in quick succession by match referee Andre Marriner. 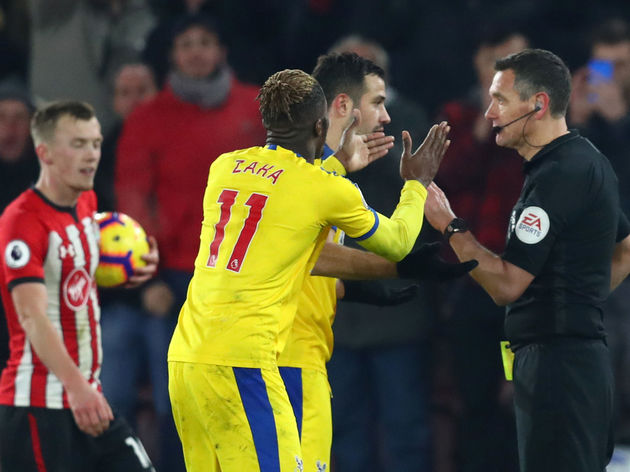 After squaring up to Saints midfielder James Ward-Prowse, Marriner decided to caution ​Zaha for his part in the incident. The 26-year-old then proceeded to sarcastically applaud the official’s decision, leading to his second yellow card.

His reaction to the card, and the subsequent time he took in leaving the pitch, meant he was in risk of having his mandatory one game being extended.

Now, according to ​Sky Sports News, the Football Association have rejected ​Palace’s appeal against the ban given to Zaha, meaning the Ivorian will now Roy Hodgson’s side’s FA Cup fifth-round clash against Doncaster on Sunday.

Speaking after the game at St. Mary’s Stadium back on 30 Janaury, Hodgson admitted (as quoted by ​The Guardian): “It’s disappointing that the player who perhaps provided some of the best entertainment during the 90 minutes with his performance, and who was consistently fouled throughout the game, wasn’t able to contain his frustration with that consistent fouling and protests over a foul which is not given – and maybe should have been.

“But then once he applauds the referee’s decision to give him a yellow card, under the rules of the game the referee has got no option but to send him off.”