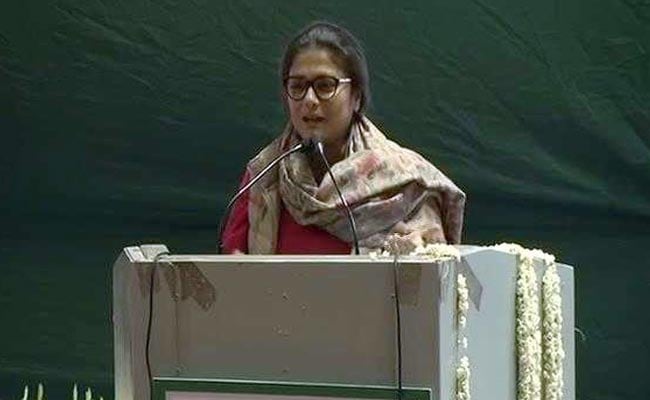 The Congress will strike down the proposed law against the “triple talaq” instant divorce practice if it wins the upcoming national elections, party leader Sushmita Dev said on Thursday, drawing sharp reactions from the ruling BJP.

“I promise you that Congress will form government in 2019 and we will repeal this triple talaq law. This is a promise,” Congress leader Sushmita Dev said at the party’s minority department national convention in Delhi.

“Many people told us that this law is for the empowerment of Muslim women but we opposed it because it is a weapon used by BJP against Muslim men so that he could be harassed by the police,” Ms Dev said.

The revised bill to make instant triple talaq – a practice among Muslim men to instantly divorce their wives by uttering “talaq” or divorce thrice – a punishable offence was passed in the Lok Sabha late last year.

The Congress, however, has said it will not allow the passage of the proposed legislation in its present form in the Rajya Sabha where the government does not have a majority. The Congress opposes stringent provisions like the jail term for those convicted under the law.

The BJP lashed out at the Congress calling it the “height of appeasement”. “The Congress says it will repeal the triple talaq law. What a regressive thought! They have no regard for the Supreme Court,” BJP leader Sambit Patra said.

The Congress and other opposition parties have criticised the new law proposed by the government, saying that it is against the bill’s provision for a three-year-jail term for the husband.

Demanding the formation of a select committee to scrutinise the bill, it says that a criminal angle cannot be introduced in a civil matter, especially when there is no punishment for desertion in any other religion.