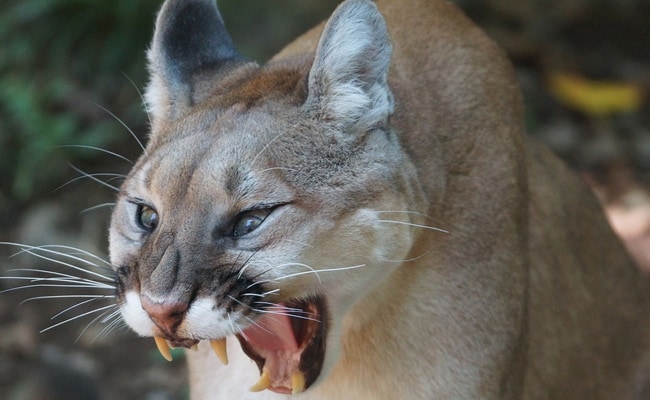 A woman in Idaho was trying to break up a fight between two dogs soon realised that one of them was a much more dangerous animal – a mountain lion. According to a statement by the Idaho Department of Fish and Game, the incident occurred on January 30 when the woman responded to what she thought was a fight between her dog and another dog outside of her Mackay home. However, as she pulled the two animals apart, she realised that one of them was a juvenile, male mountain lion.

“The woman restrained both her dog and the mountain lion while yelling for her husband, who was still inside the house, to grab a gun. Her husband responded and quickly dispatched the mountain lion as she held on to it,” described the Idaho Department of Fish and Game.

The couple then called local authorities, and a Fish and Game officer arrived at the scene.

The incident left a lot of people shocked:

How, it looks nothing like a dog!! I think she needs glasses

Oh wow, this is definitely alot to take in.

Wow, she’s very fortunate to not be seriously hurt although her intentions were the best.

Though the woman and her dog sustained some scratches during the encounter, they are both doing fine now.

Recently, a runner in Colorado fought and killed an 80-pound mountain lion that attacked him on a nature trail.