Most days, when Ashanti Jordan’s shift at Broward General Medical Center in Fort Lauderdale, Florida, ended, she got a ride home from co-workers.

But on a sunny day in late December, the outgoing 28-year-old security guard decided she would make the 4-mile journey home on a Lime scooter, one of many littering the city’s streets, according to family members.

Jordan, who was not wearing a helmet at the time, was about halfway home when she collided with a Toyota Corolla at an intersection in a residential area. The collision threw Jordan about 100 feet and left her with broken bones, rib fractures and a catastrophic brain injury, family members say.

Now, more than six weeks after the accident, Jordan remains in a persistent vegetative state and has begun suffering from seizures, forcing doctors to return her to the hospital’s intensive care unit in recent days, family member say.

On Monday, Tracy Jordan, Ashanti’s mother, announced plans to sue Lime — one of the world’s largest electric scooter companies — on her daughter’s behalf for negligence, according to her lawyer, Todd Falzone, a Fort Lauderdale, Florida, personal injury lawyer.

Falzone said Lime’s app includes language that specifically instructs people not to operate scooters on local sidewalks, pushing them onto city streets instead.

Operating a motorized scooter on the street is against the law in Florida and in Fort Lauderdale, though the city does permit e-scooters to be ridden on sidewalks.

Because she followed Lime’s instructions, Falzone said, Jordan avoided the sidewalk and was catastrophically injured.

“To this day they are telling users to break the law and, as a result, people are doing that,” Falzone said at a news conference Monday. “They are getting hit by cars, they are hitting pedestrians, they’re having all manner of accidents that shouldn’t be occurring.”

“Unfortunately,” he added, “Ashanti is going to pay for this with her life.” 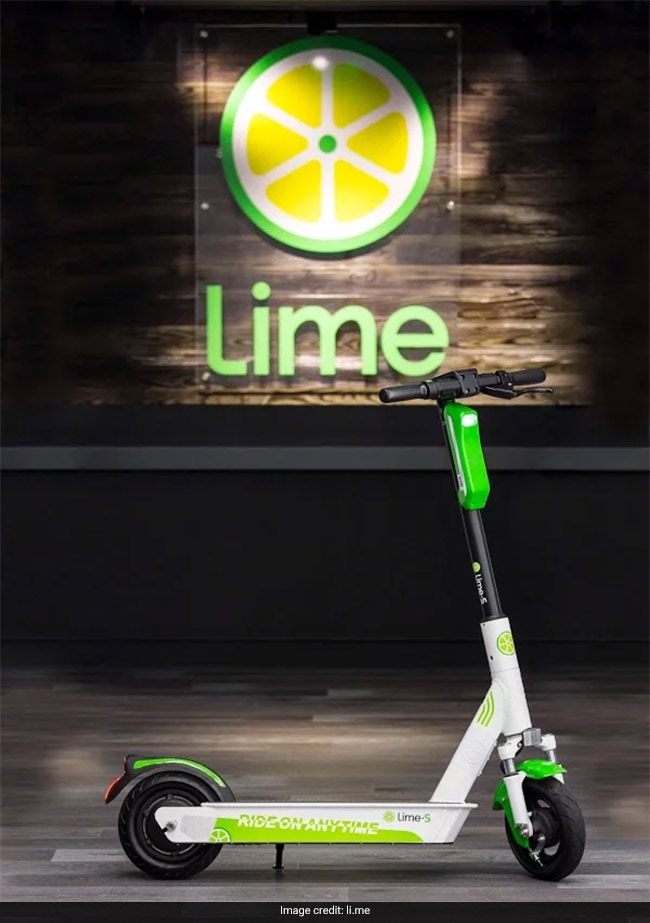 The lawyer says Lime’s app includes language that specifically instructs people not to operate scooters on local sidewalks, pushing them onto city streets instead.

Lime did not immediately respond to a request for comment.

The Centers for Disease Control and Prevention is studying the health risks associated with e-scooters by analyzing injuries to riders and pedestrians in Austin, Texas, over two months. Last week, a CDC spokesperson told The Washington Post that the study should be finalized in the spring.

In Fort Lauderdale, Florida, where e-scooters arrived in November, a series of high-profile accidents has raised controversy over the devices, according to the South Florida Sun Sentinel.

“According to Fort Lauderdale Fire Rescue, between Dec. 1 and Jan. 31, there have been 40 incidents involving scooters,” ABC affiliate WPLG reported. “A total of 31 of them required someone be transported to the hospital, and four of those were level-1 traumas.”

Lime, which has admitted that some of their models have caught fire and broken in half while being ridden, has received hefty investments from Uber and Alphabet and, according to Bloomberg, is valued at more than $1 billion.

At the same time investment money was pouring into Lime, injured scooter riders began pouring into emergency rooms around the country, leading some doctors to accuse companies like Bird and Lime of spawning a public health crisis.

Falzone said Jordan is a tragic examples of that crisis.

Falzone provided The Washington Post with a screen shot that he said came from the Lime app’s “Rules and Regulations.” The rules — to which riders must “agree” to operate the scooter — included the following sentence: “Do not ride on the sidewalk.”

In addition to being printed on the outside of the scooter, riders see that same message three separate times in the app, Falzone said. He accused Lime of violating its operating agreement with Fort Lauderdale, Florida, which requires the company to inform riders how to safely and legally operate their scooters.

“I’m worried about people around the country who are riding these things and not understanding whether they’re supposed to be riding them on the street or on the sidewalk,” he said. “You rely on the company to know the local rules.”

Before she was injured, Falzone said, Jordan was an outgoing woman with an independent personality, with lots of friends and a love of hip-hop. After high school, he said, she decided she wanted work in construction. Despite her toughness, he said, she’s always had a special connection with children, whether they were her four siblings or neighbors.

In recent years, Falzone said, Jordan took a job in security at Broward General Medical Center, the same hospital where her mother works. The job allowed the two women to say close to one another, he said.

At Monday’s news conference, Tracy Jordan said her daughter is still young, which could aid in her recovery. She remains faithful, she said, but reminders of her daughter’s accident are hard to avoid.

“I just can’t even stand to see a scooter, it’s so traumatizing at this point,” she said. “I have to cover my eyes.”