From the Allianz Riviera, Nice – There are so other ways that England’s World Cup campaign could have ended, which would have reflected what a truly wonderful four weeks it has been in France.

Up until kick off against Sweden in the third place playoff, even with the defeat against USA still fresh in the mind, the mood among the camp had been incredible.

Training, the day before the match, was as per usual, awash with smiles, laughs and energy. But for the first time, things changed for this one. The energy was truly low. 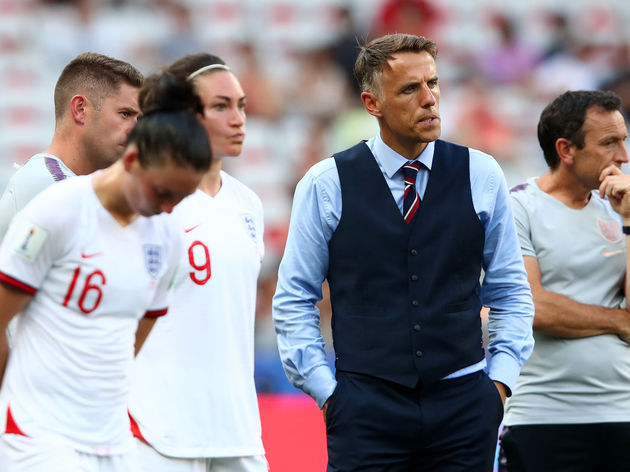 The Bronze medal play off, like most Bronze medal playoffs, felt from an English perspective to be a bit of an anti climax. Unfortunately, no-one thought to let Sweden know that was the case. Instead, we all watched on in some sort of weird limbo.

The general thought process that seemed to go through the minds of everyone as the game kicked off followed an uneasy train went a little something like..

“I can’t believe we’re here, we were so close against the USA”

“We should really win this game, to prove that we’re still up there with the best”

At this point, the Lionesses turned it on – pulled up their socks and went about business, albeit probably 20 minutes too late. Sweden’s “we’re here to win this game, whatever it takes” mentality was a lot easier to see.

That was evident from the first minute right up to the final whistle – when the entire squad and staff streamed onto the pitch in a state of unbridled delirium after their 2-1 win. 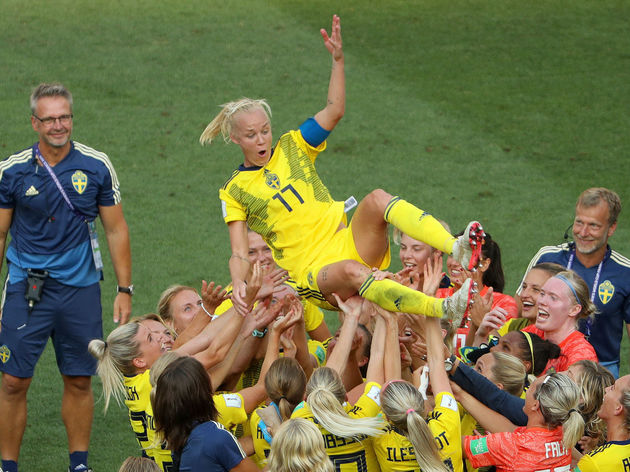 It was hard to separate the emotion that surrounded the stadium even an hour before kick off. Did it matter if England matched their performance from four years ago?

2015 felt like England were attempting to win third place against Germany, but going into the match against Sweden it felt different – it felt like England had lost their chance to win the tournament against the United States, and all was lost.

You get the impression that had the Lionesses played against Sweden in the semi-final, they probably would have won the game. And that in itself tells you something about this team, and their expectations to win, not participate, this tournament.

It doesn’t matter whether you come second, third or tenth – you still make up a list of teams who lost.

And whilst it may be seen as disrespectful to the game, to Sweden and to the tournament not to take this game as seriously, the reality is that over the course of the next 20 years, people will remember that England lost in the semis.

They won’t include an extra 15 seconds in the highlights reel to show that they actually played another game in Nice, coming up short against Sweden. They’ll remember that semi-final defeat, and the journey ending there.

So what now? The easy thing to do, always, is to be negative. It’s easy to look at the performance and say simply ‘that wasn’t good enough’.

On the pitch, over the course of 90 minutes, England didn’t do enough to win. And that’s an incredibly accurate statement of course, as England came away without a Bronze medal. But suggestions that, because of today’s game, the Lionesses haven’t made huge strides forwards in terms of their quality and playing style would be bizarre.

The hardest thing to do is to try and reengage our memories and think about some of the high points of this tournament.

The celebrations against Scotland, the build up play for Jodie Taylor’s goal against Argentina, Karen Bardsley’s world class save against Japan, Ellen White’s superb goal celebration, the Norway demolition job and that feeling of equalising against the United States (right before VAR bloody ruined everything). Disappointment will linger briefly, but if we as a nation can bottle up some of that optimism and positivity, alongside some of the frustration and disappointment, than fortunately we don’t have too long to let it all out again and rally behind the squad ahead of the Tokyo Olympics.

In the meantime, let’s all just hope that we remember the good times. Let’s all hope we see young kids replicating Ellen White’s celebration and putting on some imaginary specs. Let’s hope kids wants Lucy Bronze’s name on the back of their England shirts, and let’s hope young Manchester City fans rally behind skipper Steph Houghton and watch her week in, week out next season.

We have fantastics stories of these wonderful players that deserve to be told for many more months to come – let’s all come together, media included, and make sure this bubble doesn’t burst now our World Cup journey is over.

How Unai Emery's Improved Arsenal Have Won Back the Fans at...

Arsenal's Pursuit of Ryan Fraser May Go to Deadline Day as...