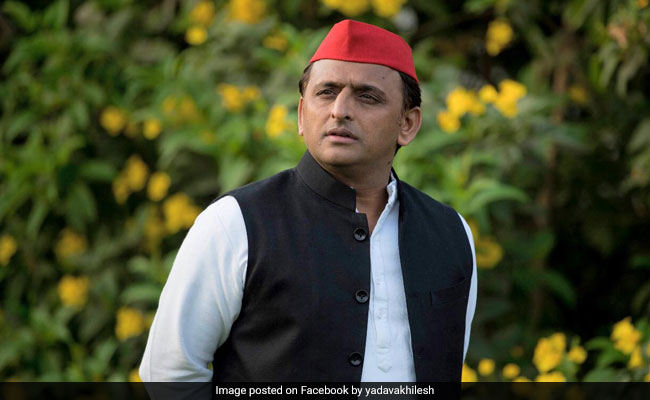 Prime Minister Narendra Modi’s tag of “mahamilawat” for the proposed united opposition today drew a barb from Samajwadi Party chief Akhilesh Yadav. Pointing out that the “concoction” of parties should not be taken lightly, Mr Yadav said “you never know which party will get obliterated in the mahamilawat.”

The Prime Minister’s taunt came in the floor of the house yesterday during an all-out attack on the opposition as he replied to the debate on the Motion of Thanks. “Healthy democracy” of the country will reject the unhealthy mix in the coming national elections, PM Modi had said.

The description had offended Mr Yadav, who as one of the two main opposition leaders in the battleground state of Uttar Pradesh, is a key figure in the alliance.

In an apparent dig at the state BJP leadership, Akhilesh Yadav called on people to vow to “never let two and a half men rule us.”

Let us vow that we will #NeverAgain

fall for the 15 lakh rupee lie

allow farmers to kill themselves

let people be killed for their beliefs

let two and half men rule us

Two and a half men was a popular TV show of the US about two men and a teenager.

Tweeting with the hashtag #NeverAgain, Mr Yadav also asked people to vow to not to fall prey to the BJP’s promises and measures.

In his barbs against the BJP government, the Samajwadi party chief listed demonetisation, farmers’ distress and mob lynching as reasons to not vote for the saffron party.

Soon after, his party ran a series of tweets with the same hashtag, endorsing Mr Yadav’s message to corner the Bharatiya Janata Party.

Arch-rivals Samajwadi Party and Mayawati’s Bahujan Samaj Party have joined hands to push the BJP out of the 80 Lok Sabha seats in Uttar Pradesh. Their alliance is seen as a challenge in the state that needs to be won for any party hoping to rule Delhi.

Speaking at a press conference, Mr Yadav said the alliance will remain intact and the seat-sharing details will be declared at the right time.

Since last month’s mega rally in Kolkata, held at the initiative of Bengal chief minister Mamata Banerjee and attended by 23 opposition parties, the BJP has ratcheted up its attack on the Opposition. Akhilesh Yadav had attended the rally, though his alliance partner Mayawati had skipped it.

Both, however, supported Ms Banerjee during her huge face-off with the Centre earlier this week following the showdown between the CBI and the Kolkata police over the agency’s efforts to question the police chief on Ponzi schemes.