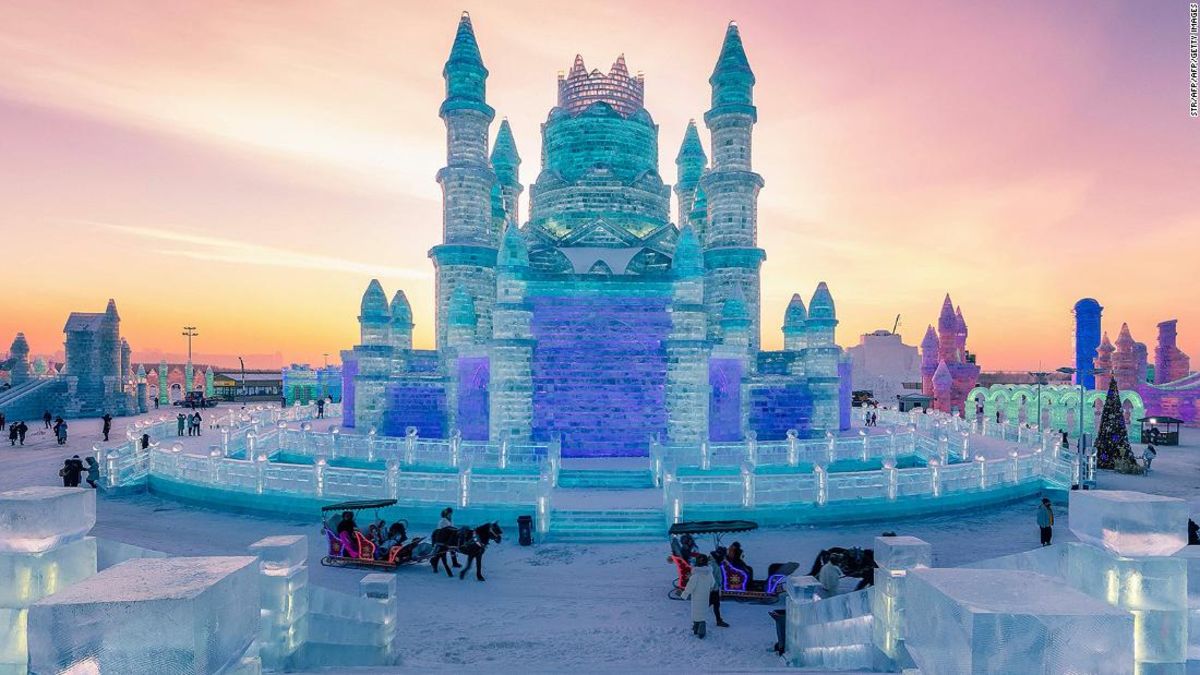 Set in Heilongjiang Province in northern China, it’s the world’s biggest snow and ice festival and features plenty of spectacular installations and activities.

The annual festival officially runs from January 5 to February 5 but some attractions open to visitors before the opening ceremony, including the most popular of them all — the Harbin Ice and Snow World, made with ice blocks pulled from the nearby Songhua River.

In addition to walking up the gigantic illuminated ice castles, other highlights include an exquisite snow Buddha statue (made of more than 4,500 square cubic meters of snow), a 3D light show and the 340-meter-long Northern Lights-themed ice slides.

Visitors can also check out works by sculptors from 12 different countries, all there to compete in an annual competition.

There are also many free activities around town to enjoy until the end of February, including 2,019 snowmen of different shapes and sizes built along the river.

First celebrated in 1985, the Harbin International Ice and Snow Sculpture Festival was inspired by Heilongjiang’s traditional lanterns, which were carved out of ice and illuminated by candles.

Philippe Coutinho: How Bayern Munich Should Line Up This Season After...

FA Cup: Three things to Look out for as Wolverhampton...