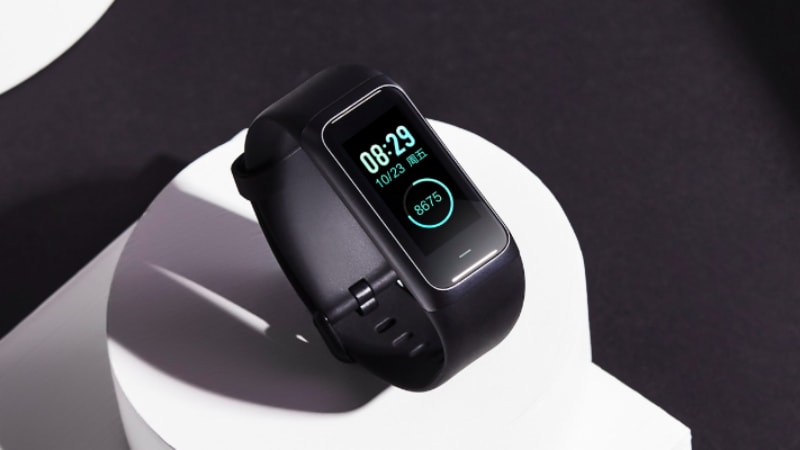 Huami, the Xiaomi-backed wearable brand, has expanded its wearable lineup in China with a new fitness band. Dubbed the Amazfit Cor 2, the fitness band looks similar to last year’s Amazfit Cor but bumps up the battery life and supports contactless payments via NFC. It features a heart rate sensor and can track steps, calories burnt, distance travelled as well as sleep. The Amazfit Cor was launched in India in September 2018 at a price of Rs. 3,999.

The Amazfit Cor 2 has been priced at CNY 299 (roughly Rs. 3,100) and is only available in China currently. There’s only one colour variant on offer – Black. The Amazfit Cor was launched in India just a few months ago and there is no information as of now regarding it’s successors Indian price and availability.

Amazfit Cor 2 features, specifications
The Amazfit Cor 2 has a photoelectric continuous heart rate sensor and can automatically record sleep and analyse sleep quality. Huami’s new wearable has a 160mAh battery which the company claims is good for 20 days of use. It has a 1.23-inch IPS LCD display with 2.5D curved glass on top and can display smartphone notifications such as messages, calls, and e-mails.

The strap is made from flexible rubber and the fitness band is water resistant up to a depth of 50 metres (5 ATM). It has a number of exercise modes built-in such as outdoor running, indoor running, cycling, and walking. Users can view the elapsed time, heart rate, distance travelled, and step count via the LCD display at any time during an exercise session.

One of the biggest USPs of the Amazfit Cor 2 is the built-in NFC chip, which allows for seamless contactless payments via Alipay. The NFC chip also supports 163 city bus cards and six transport cards in China. The fitness band can also be used to pause/ play and skip songs being played on your smartphone.

Adobe Photoshop for iPad Listed on App Store Ahead of Expected...

Amazfit GTR Smartwatch With 12 Sports Modes, Up to 72 Days...