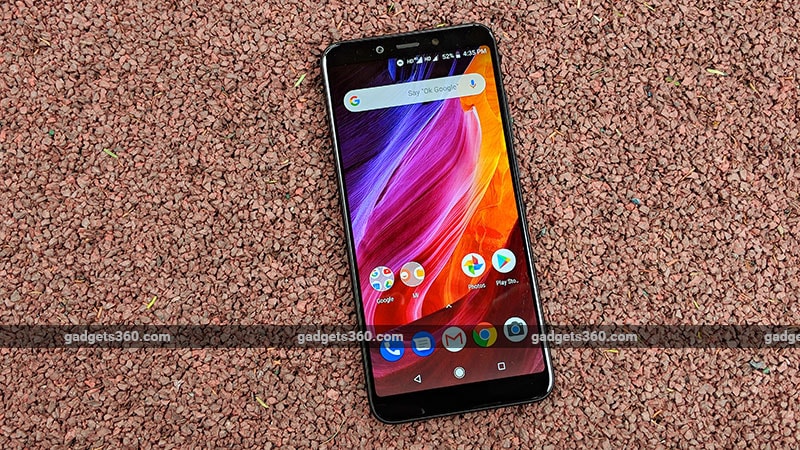 Xiaomi Mi A2 price in India has been dropped to as low as Rs. 13,999, Gadgets 360 has learnt. The smartphone was launched in the country with a starting price of Rs. 16,999 back in August last year, though its price slashed by Rs. 1,000 in November. The latest price cut is of a permanent nature and is applicable to both the Mi A2 4GB RAM/ 64GB storage model as well as its 6GB RAM and 128GB storage configuration. The Mi A2 comes as a successor to the Mi A1 and is based on Google’s Android One programme. The smartphone debuted with Android 8.1 Oreo but received an update to Android 9.0 Pie recently.

Xiaomi Mi A2 price in India

The Xiaomi Mi A2 price in India now starts at Rs. 13,999 (Suggested Retail Price Rs. 14,499) for the 4GB RAM/ 64GB storage variant and goes to Rs. 15,999 (SRP Rs. 16,499) for the 6GB RAM/ 128GB storage model. Notably, the latest price cut is of permanent nature and is applicable starting January 7, Monday, Gadgets 360 learnt. Xiaomi says the new prices will reflect on Mi.com and Amazon India from 12pm IST. It also says Mi Home stores and offline retail partners will be carrying the new price.

The dual-SIM (Nano) Xiaomi Mi A2 was launched with Android 8.1 Oreo, though thanks to being a part of Android One programme, it received Android 9.0 Pie just in November. The smartphone features a 5.99-inch full-HD+ (1080×2160 pixels) display with an 18:9 aspect ratio and pixel density of 403ppi. It is powered by an octa-core Qualcomm Snapdragon 660 SoC, coupled with 4GB and 6GB RAM options.

The Mi A2 comes with a dual rear camera setup that includes a 12-megapixel Sony IMX486 sensor in the primary camera, featuring 1.25-micron pixels with an f/1.75 aperture. There is also a 20-megapixel IMX376 sensor as the secondary rear camera, with 2-micron pixels, 4-in-1 Super Pixel tech, and f/1.75 aperture. For selfies, the smartphone sports a 20-megapixel sensor at the front, along with a soft-light LED flash.

Xiaomi has offered various of ‘AI Camera’ features on the Mi A2, including a Portrait mode, Beauty Mode 4.0, and a facial recognition feature. There is also a ‘Smart Lens Selection’ feature to let you choose the appropriate rear sensor based on the lighting conditions. Besides, there is electronic image stabilisation (EIS) for video recording.

As we mentioned, the Mi A2 comes with two internal storage options – 64GB and 128GB. Connectivity options on the smartphone include 4G VoLTE, Wi-Fi 802.11ac (dual-band, 2.4GHz and 5GHz), Bluetooth v5.0, GPS/ A-GPS, and a USB Type-C (v2.0) port – there is no 3.5mm headphone jack on the phone. There is also a fingerprint sensor at the rear side, while other sensors on board include an accelerometer, ambient light sensor, digital compass, gyroscope, and proximity sensor. Lastly, the smartphone comes with a 3,000mAh battery that supports Quick Charge 4+.

Is Xiaomi Mi A2 the best Android One smartphone in India? We discussed this on Orbital, our weekly technology podcast, which you can subscribe to via Apple Podcasts or RSS, download the episode, or just hit the play button below.