Xiaomi Mi Power Bank 3 Pro Edition has been launched in China. The new Mi Power Bank model has 20000mAh battery capacity and comes with two-way fast charging technology. Xiaomi has also provided a USB Type-C port that is touted to support up to 45W fast charging. The two standard USB Type-A ports, on the other hand, are rated to deliver up to 5V at 3A. The Mi Power Bank 3 Pro Edition is also claimed to be capable of charging not just smartphones or tablets but also various notebooks and even Apple MacBook Pro models.

Xiaomi claims that the available USB Type-C port can be used to charge mobile devices as well as notebooks. The Chinese company has particularly mentioned the various Apple MacBook Pro/ MacBook Air models as well as Google Pixelbook amongst the supported devices. The USB Type-C port also enables two-way charging. This means you can charge the Mi Power 3 Pro Edition using the same USB Type-C port.

The Mi Power Bank 3 Pro Edition is claimed to be fully charged in 11 hours using a standard 10W charger, while with a 45W-supported power brick, the charging time can be reduced to four and a half hours. 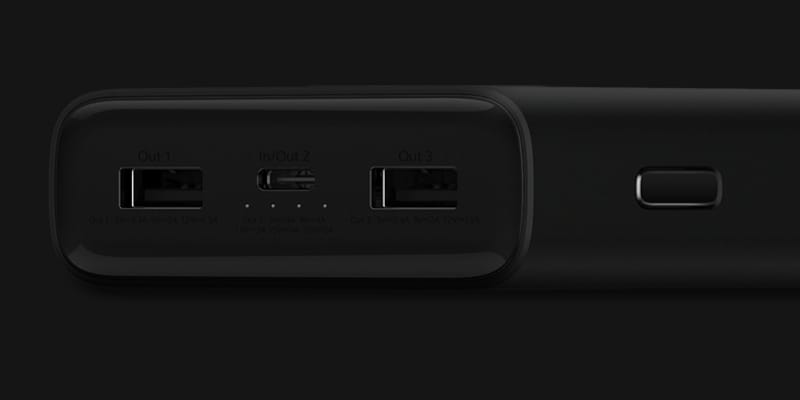 The Mi Power Bank 3 Pro Edition also has two USB Type-A ports that support 5V at 2.4A, 9V at 2A, and 12V at 1.5A. There is a matte finish design made of a plastic body that presently comes in Black colour option.

The Mi Power Bank 3 Pro Edition is already available for purchase through TMall in China with a price tag of CNY 199 (roughly Rs. 2,000). It will, however, formally go on sale in the country starting January 11.