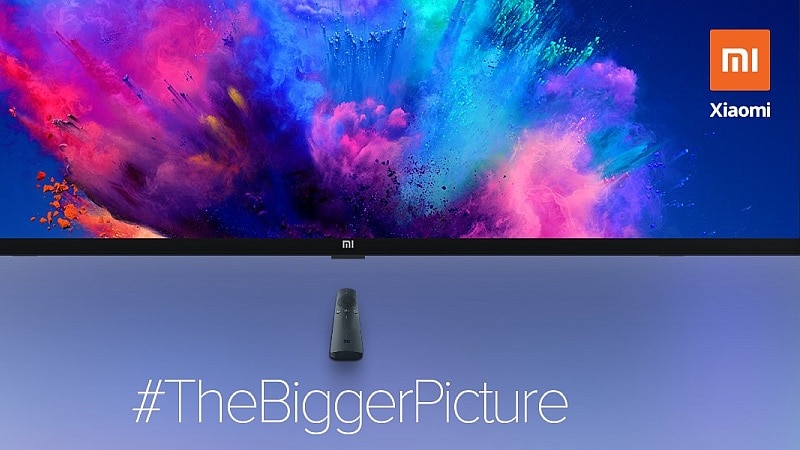 Xiaomi Mi TV family is set to be expanded in India today. The company has scheduled the launch event at 11 am today where it is expected to launch at least one large screen Mi TV model. This was originally speculated as the Mi TV 4 65-inch model. Dubbed “The Bigger Picture”, today’s launch event is also likely to bring new home entertainment devices as well. Xiaomi through the official Mi TV India Twitter account on Wednesday teased that it is set to launch more than two devices. The launch event will be live streamed on Mi.com as well as Flipkart.

Unlike a traditional media event, Xiaomi is set to live stream today’s launch through Mi.com and Flipkart. The live stream will be kicked off at 11am. Meanwhile, Flipkart has also created a dedicated microsite to reveal some of the features of the upcoming Mi TV models.

The microsite on Flipkart suggests that the new Mi TV models will run Android-based PatchWall UI and come with a voice-enabled remote control. The new offerings are also likely to provide a personalised touch.

As we mentioned, Xiaomi through the official Mi TV India Twitter account on Wednesday teased that there will be more than two products launching at today’s event. “There’s more than a two’ist’ in the story,” the company tweeted.

Xiaomi’s Mi TV range in India currently starts at Rs. 12,499. The top-of-the-line model in the portfolio is the Mi TV 55-inch variant, while the Mi TV 4A 32 comes as the smallest variant in the range.