When former rivals Mayawati and Akhilesh Yadav announced a tie-up in Uttar Pradesh for the national elections this morning, their target was clear – the BJP, which decimated the two UP powerhouses in the 2014 elections.

Though it is expected to be a major headache for the BJP, which lost three major state elections recently, Uttar Pradesh Chief Minister Yogi Adityanath seems unfazed.

“Gathbandhan or mahagathbandhan, we will do better than 2014″, the chief minister said in Lucknow today.

In 2014, the BJP and its ally Apna Dal managed to win a whopping 73 of Uttar Pradesh’s 80 parliamentary seats, while the BSP, Samajwadi party and the Congress were wiped out. 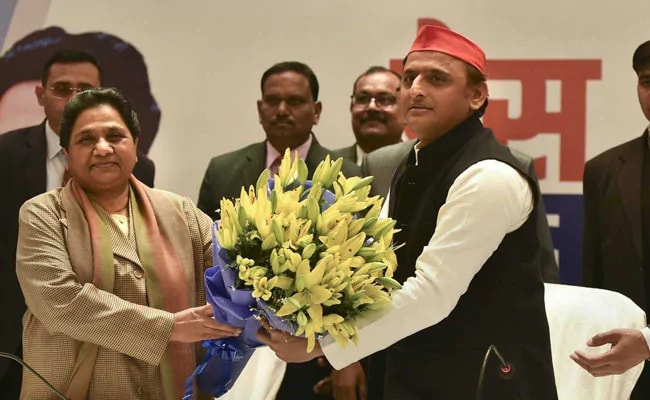 Akhilesh Yadav’s attempt to retain power in Uttar Pradesh by joining hands with the Congress for the 2017 state polls also flopped miserably as the BJP came to power with a huge majority.

Now, Mayawati and Akhilesh Yadav have decided to leave out Congress from their alliance, calling allying with it “pointless”. The two parties will contest 38 seats each in Uttar Pradesh, and have left two – Amethi and Raebareli, represented by Rahul Gandhi and UPA chairperson Sonia Gandhi – for the Congress; the two other seats will be allotted to smaller allies.

Last year, Akhilesh Yadav and Mayawati decided to bury their legendary rivalry and pool in their resources in three bypoll contests. The alliance snagged three BJP seats; Gorakhpur (Yogi Adityanath’s former seat) was won by Nishad Party, Kairana by the Rashtriya Lok Dal and Phulpur by the Samajwadi Party. It gave them hope that together, they can pull voters away from the BJP.