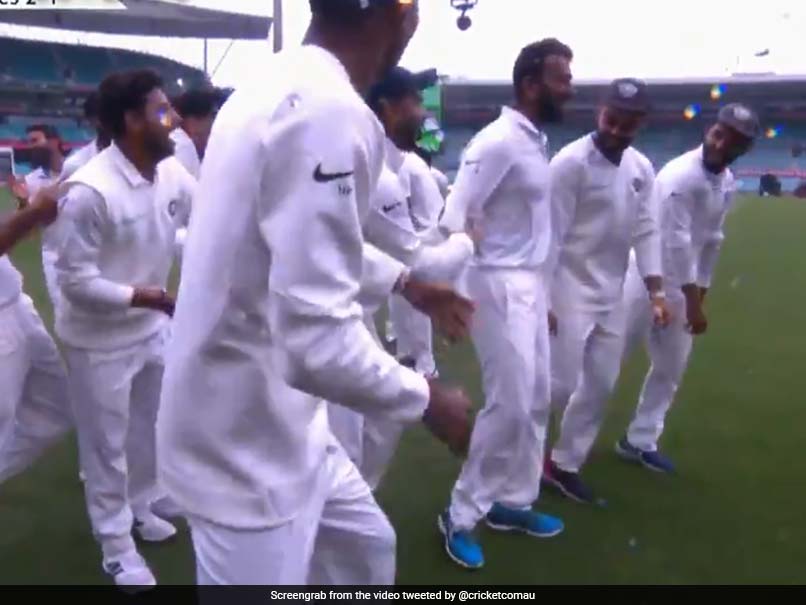 Cheteshwar Pujara became the toast of the country after a sterling show with the bat in the recently-concluded Test series in Australia. Pujara was instrumental in India ending their 71-year wait for a series win Down Under. India also became the first Asian country to register a Test series victory on Australian soil. Following India’s historic win, the Indian players led by captain Virat Kohli were seen celebrating with some very unique dance moves. On the pitch, Pujara was right at home, but the stylish right-hander seemed completely at sea when it came to shaking his leg.

And skipper Kohli made it a point to troll Pujara for his dance moves.

In the press conference post India’s win, Kohli was asked to explain the dance. The Indian skipper credited Rishabh Pant with coming up with the dance move, saying “it just felt good, it was easy, but Pujara couldn’t even do that. You can see how simple he is”.

While dancing might not be Pujara’s forte, the middle-order batsman certainly made sure there will no questions asked about his batting. The 30-year-old was nothing short of brilliant with the bat in hand and was instrumental in India clinching the four-Test series 2-1.

All eyes were on Virat Kohli before the start of the Test series but Pujara made the four-Test contest his own. He ended the series as the top run-getter with 521 runs at an average of 74.43 with three centuries to his name.

The 30-year-old scored 193 in Sydney, the 18th Test century of his career after a stellar 123 in the first Test in Adelaide and 106 in the third Test at Melbourne.

Pujara was adjudged Man of the Series for his brilliant showing. With the draw in Sydney, India won their first-ever Test series in Australia, ending a 71-year wait after wins in Adelaide and Melbourne.