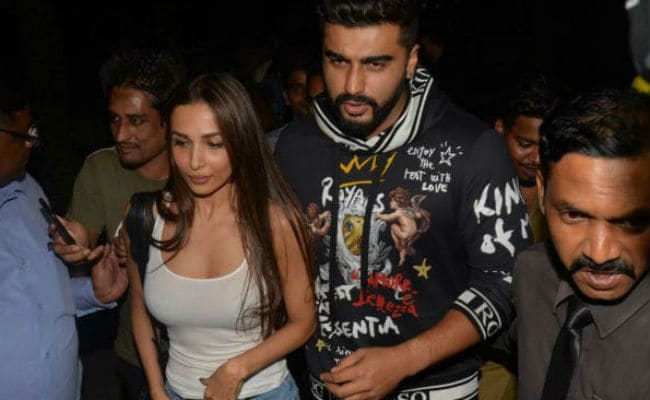 The Internet is not buying that Arjun Kapoor is single, as per his Instagram post on Valentine’s Day, in which he also tagged his Gunday co-stars Ranveer Singh and Priyanka Chopra. Ranveer recently got married to actress Deepika Padukone and Priyanka is married to Nick Jonas while Arjun is rumoured to be dating Malaika Arora, whom the Internet dragged in after Arjun wrote: “My Valentine’s Day partners in crime Bikram and Nandita aka Ranveer Singh and Priyanka Chopra have found new partners this Valentine, leaving me and Ali Abbas Zafar behind. Making us look for partners for ourselves… but tension nahi lene ka Ali bhai because Apna Time Aayega.” Their film Gunday, directed by Ali Abbas Zafar, completed five years today.

“You are lying. You found your partner this Valentine,” read a comment on Arjun’s post while another user wrote, “You are not single. You have a Valentine, tagging Malaika Arora.”

Malaika Arora and Arjun Kapoor haven’t admitted that they are dating, but pictures from their outings often find a spot on the list of trends. The rumoured couple have been spotted together on dinner dates several times while they also accompany each other at different parties.

On Koffee With Karan 6, Arjun Kapoor said that he’s dating someone. “I finally feel like I have a sense of belonging and a family,” he said.

Malaika Arora was previously married to actor-filmmaker Arbaaz Khan. They are parents to son Arhaan.

Arjun Kapoor is currently filming Panipat while Sandeep Aur Pinky Faraar and India’s Most Wanted are his upcoming releases.