Following a 34-run defeat in the first One Day International of the three-match series in Sydney on Saturday, India opener Shikhar Dhawan posted an eccentric picture with all-rounder Ravindra Jadeja on social media. “Detective Jaddu,” Dhawan captioned the image on Instagram on Sunday. Among many quirky comments from the fans, Team India cricketers Harbhajan Singh, Yuvraj Singh and Wriddhiman Saha couldn’t control their laughter.

While Harbhajan called Jadeja ‘Karamchand’, a fictional character from an Indian detective TV series, Yuvraj and Saha replied with rolling on the floor laughing emojis. 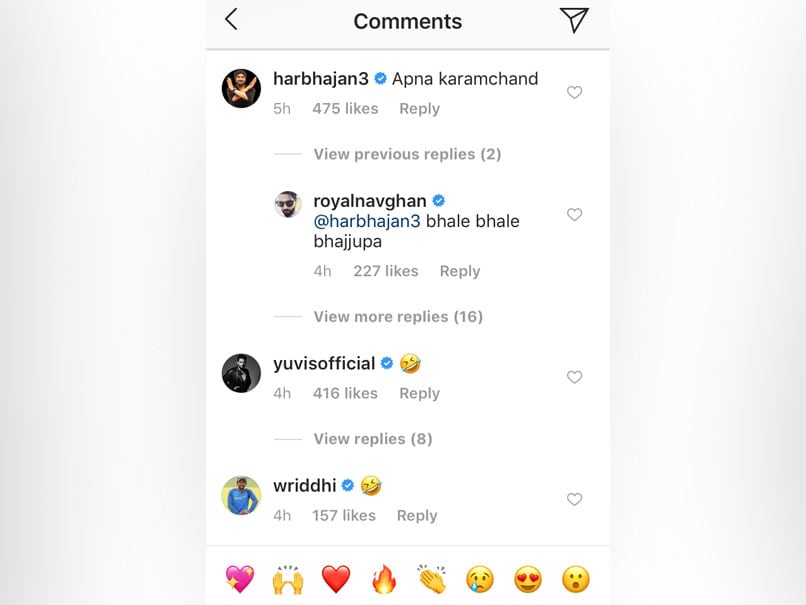 Dhawan lost his wicket for zero, while Jadeja scored eight runs and claimed a wicket in the first ODI that India lost to Australia at the Sydney Cricket Ground.

Vice-captain Rohit Sharma smashed his 22nd ODI hundred and MS Dhoni scored his 68th half-century but no other Indian batsman managed to impress much with the willow.

India lost six of their batsmen for a single-digit score in a competitive 289-run chase.

Jhye Richardson was the wrecker-in-chief for Australia with four big wickets, while Jason Behrendorff and Marcus Stoinis chipped in with two wickets each. Peter Siddle dismissed tail-ender Kuldeep Yadav for three to join the party.

Earlier, Peter Handscomb top scored with 73 off 61 balls to power Australia to 288 for five. Besides Handscomb, Usman Khawaja and Shaun Marsh impressed with a fifty each after Australia opted to bat in the series-opener.